One spark; decades of damage

As the cities along the west coast are covered in smoke, the climate change crisis seems clearer than ever. 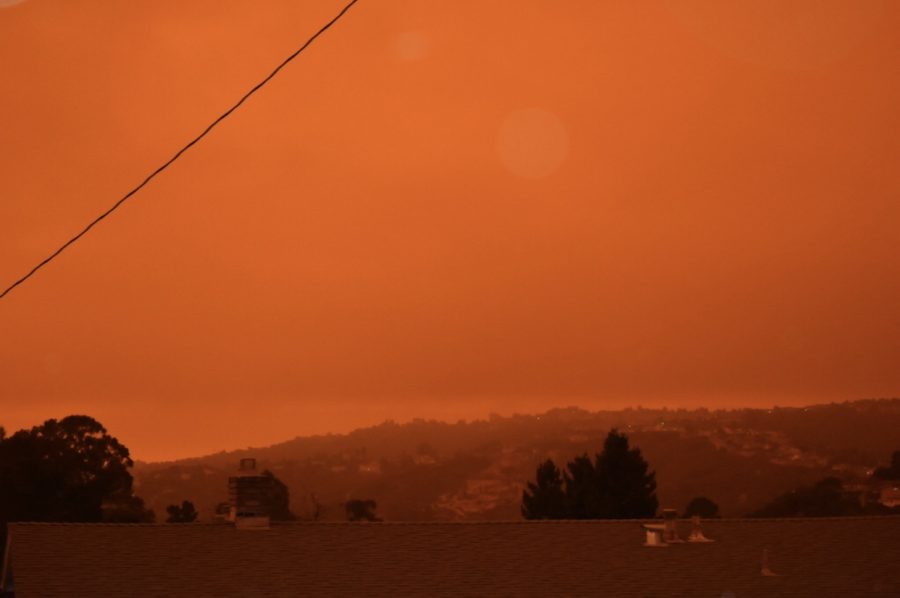 As a result of smoke from an abundance of fires in Northern California, Oregon, and Washington blowing into the Bay Area, the sky appeared a bright orange on Sept. 9.

For the past few decades, California and other states along the West Coast have experienced annual fires. Traditionally, these are natural, seasonal events caused by warmer seasons and an increase in dry vegetation, according to the U.S. Fire Administration.

However, this year has seen a particularly destructive fire season. In just the past few months, 3,627,010 acres of land have burned, 6,223 homes have been lost, and millions of lives have been changed forever. So, while it is true that seasonal fires are beneficial to native ecosystems, the large-scale fires that have been ripping apart coastal cities for the past few years are nothing short of a climate crisis.

California began keeping a record of its seasonal fires in 1932, and all of the largest and least controlled disasters have happened after the year 2000. As more years pass and states continue to ignore the climate crisis, these catastrophes are only going to become an increasingly dangerous, annual event.

As the number of evacuations increases to roughly 80,000 in Washington, Oregon, and California, people are beginning to understand the long-term effects of smoke. Not only does it have the potential to impact someone’s health, but it also has adverse effects on the planet.

Health experts warn that exposure to high concentrations of wildfire smoke will lead to an increase in heart attacks, asthma, and other respiratory issues. While it is still unclear, many believe that these vulnerabilities can also make someone more susceptible to COVID-19. As the director of research for Standford’s Sean N Parker Center for Allergy and Asthma, Dr. Mary Pruniki studied the inflammatory effects of wildfire smoke.

“Fine particles [in the smoke] go to the bottom of your lungs, then can cross over to the bloodstream and go anywhere in your body. I don’t know that we have it figured out on a cellular level, but we see dysregulation and we know that pollution is causing inflammatory changes throughout your body,” Pruniki said in an article for The Guardian.

This pollution is also affecting native ecosystems whose habitats are being destroyed by fires and intoxicated by smoke. Chemicals within ashes from houses and other buildings make smoke particles dangerous for animals and humans to breathe. Furthermore, ash that lands in reservoirs, lakes, or other bodies of water can pollute the area and make it too acidic to inhabit animals.

But, it is hopeful to think that these fires will spark change within the way people view the planet. It is up to the students, politicians, consumers, and everyone who makes up the communities around us to understand the damage humans cause on the environment. And, it is up to everyone to hold themselves and others accountable to prevent these disasters from becoming the new norm.

“California, folks, is America fast forward,” said California Gov. Gavin Newsom. “What we’re experiencing right here is coming to communities all across the United States of America unless we get our act together on climate change.”