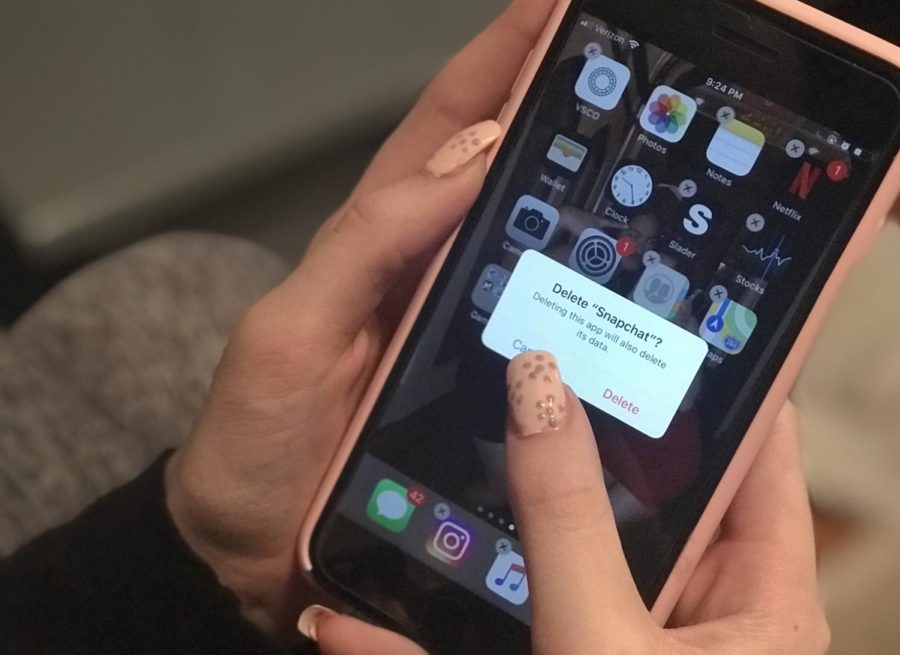 According to change.org, over 600,000 people have signed a petition to change snapchat back or they'll delete the app from their phones.

Statistics show that 187 million people use Snapchat every day.

On Thursday, Feb. 8, Snapchat came out with a new update, version 10.25.2.0, that has created some controversy amongst its users.

The app has also been randomly updating itself even if you don’t have automatic updates turned on in your settings.

“First off, I did not like how it automatically updated the app for me; I want to have the option of updating or not,” Sadie Somers, a sophomore, said.

Since the update launched, a petition has been started to get the old Snapchat back and more than 600,000 people have signed it.

“I personally don’t like it at all because everything seems so messy and unorganized,” said Hana Lip, a sophomore. “I can’t find anything, and it’s hard for me to snap people back because I can’t find their chat.”

The day before Snapchat released its update, stocks were the highest they have been since May 2017. They have since dropped $2 after the update was released.

Since the update, Snapchat has more ads after people’s stories. However, Snapchat isn’t the only social media using more ads. Instagram has also been known to advertise products based on the people you follow.

Also, following the update, the page where stories used to be posted is now embedded with celebrities’ stories and articles from companies like E News, Daily Mail, and BuzzFeed.

“I definitely think Snapchat is becoming more of a news app than a way to communicate with your friends,” Lip said.

People are confused about why the company decided to make so many drastic changes to the app.

“To be honest I’m not sure why, maybe because it has been the same for so long and they wanted a change to keep their users interested,” Somers said.

If Snapchat was trying to be more appealing to its audience, their plan backfired.

“I find myself on the app less now because of the update,” Sarah Kiefer, a freshman, said.

Snapchat has now been described as “messy” and “unorganized” because of the drastic changes to arrangement inside the app.

According to Somers, she doesn’t like how the public and private stories aren’t on the same page and that you have to look for them, overall it was just easier to have things all in one place and not separate.

She isn’t alone in that opinion.

“I don’t like how stories don’t have their own page anymore, it makes it feel messy,” Sydney Schortgen, a freshman, said.

Snapchat has created a lot of controversies, but the company can only blame itself.