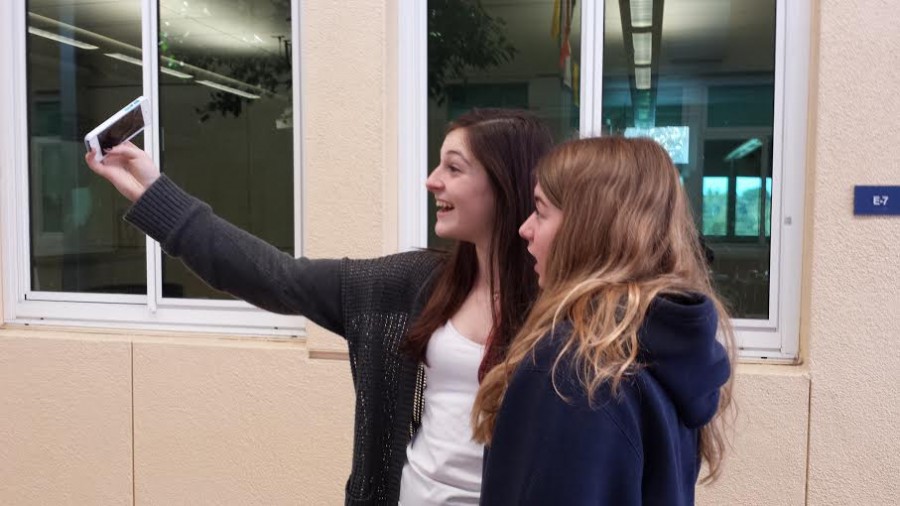 Carlmont students use Snapchat to communicate with friends in a way that many consider more lively and interesting than just text messaging.

The popular photo-messaging app Snapchat has faced several difficulties with security breaches, the latest being a sudden heavy influx of spam accounts.

On Jan. 13, the Snapchat team put up a blog post acknowledging the issue: “We’ve heard some complaints over the weekend about an increase in Snap Spam on our service. We want to apologize for any unwanted Snaps and let you know our team is working on resolving the issue.”

“I accepted a friend request that actually looked like a username of one of my friends, and within five minutes they had sent me five ads about weight loss,” said freshman Hunter Manter.

Manter also shared another example of Snap Spam he had received. The photo included advertisements of fake Rolex and Louis Vuitton products, hawking them as “high quality knock-off’s- lowest prices!”

Many Snapchat users have complained of receiving numerous friend requests in the past few weeks from names they do not recognize. A common theme in the usernames of the suspicious requests has been a name followed by three digits, one example being “tamarah384.”

The biggest issue Snapchat has faced recently was a security breach on Jan. 1 leading to the leakage of usernames and phone numbers belonging to over 4.6 million accounts. An Australian security group, Gibson Security, had warned Snapchat in August of 2013 about weak spots in their coding.

Snapchat reportedly made some adjustments to their security in response, but they proved inadequate when another group took advantage of these vulnerabilities and posted the information of the 4.6 million users on a website called SnapchatDB.

This information was quickly taken offline, but the hackers’ goal was accomplished as they said what they wanted was to “raise public awareness on how reckless many companies are with user information.”

Snapchat insists that this breach has no correlation with the current influx of spam, instead blaming it on the rising popularity of the app.

These examples of inadequate security lead to questions on whether this will affect the popularity of the messaging app. Some students don’t consider it a serious factor in their usage of Snapchat.

“I like Snapchat because it’s more fun and interactive than texting,” said sophomore Cheyenne Torres. “If I get spam, I just ignore it. Getting random nude pictures is disturbing, but I can still just block it. It’s not going to make me stop using Snapchat.”

Manter considered the issue to be more serious. “I can deal with the spam- it’s minor for now,” he said, “but I feel like it’s only going to get worse. There’s so much more opportunity for privacy invasion when people use so many online services.”

Snapchat users now must consider the security of their information and whether to stop using the app or to just deal with the spam and count on the company to fix it.