Soccer tryouts come to an end 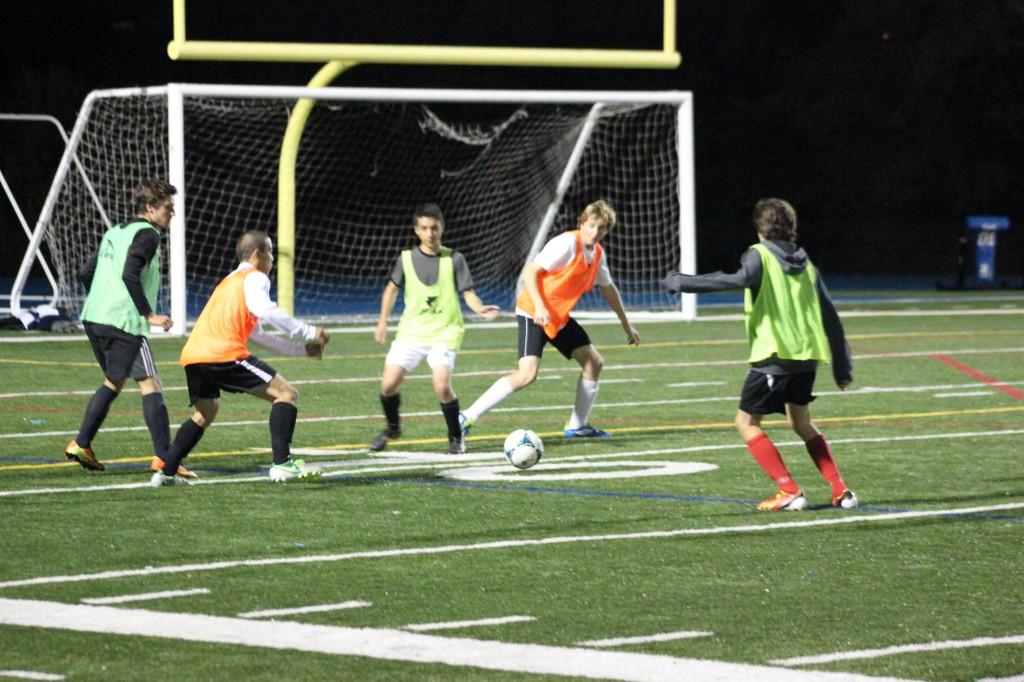 Stambaugh split up the boys and had them scrimmage each other after warming up.

Returning players and new players are giving 100 percent on the field for the last week of Boys Frosh-Soph Soccer team tryouts.

Coach Will Stambaugh has looked at all aspects of how the boys perform and is recognizing what they are capable of doing.

“I look for technical ability and tactical ability. I am in the stage of seeing how well the boys can put these two skills together,” said Stambaugh.

Stambaugh stated that it’s about how quickly players can make decisions on the field. In soccer, the team must work together to reach their goal.

“They don’t have to be the best guys, but if they’re the best guys together then that’s what I’m looking for. It’s about the chemistry in the team,” said Stambaugh.

Sophomore Camron Dennler played for the Frosh-Soph team last year, and is trying out again this year.

Dennler said, “I love the experience of playing for my high school soccer team. It’s nice seeing everyone giving effort out there.”

There are a number of freshman currently trying out.

Freshman Daniel Wehara said, “‘If I get on the team I’ll be really happy because I can learn from the older guys.”

Stambaugh aims to develop these players and prepare them for varsity.

“It doesnt matter if you’re a sophomore or a freshman. If you can play you can play. I don’t care how big you are, or how small you are. That’s the beauty of this game. You don’t have to be big to be a star,” stated Stambaugh.

Stambaugh stresses working hard and putting in effort. Whether it’s a game or practice, the purpose is to become a better player.

Last year, the Frosh-Soph team had a good season. They were in first place until the last two weeks. Soccer tests the physical fitness and mental fitness of every player on the field.

The team played three games per week last year in a very condensed season. This year, the schedule is a little different to give players time between games.

“I’m looking for mental toughness, and a lot of that comes from the heart. If they have a passion for the games and the brothers on the pitch then they can go the whole season and play hard,” stated Stambaugh.

Stambaugh will finalize the team roster by Nov. 25.