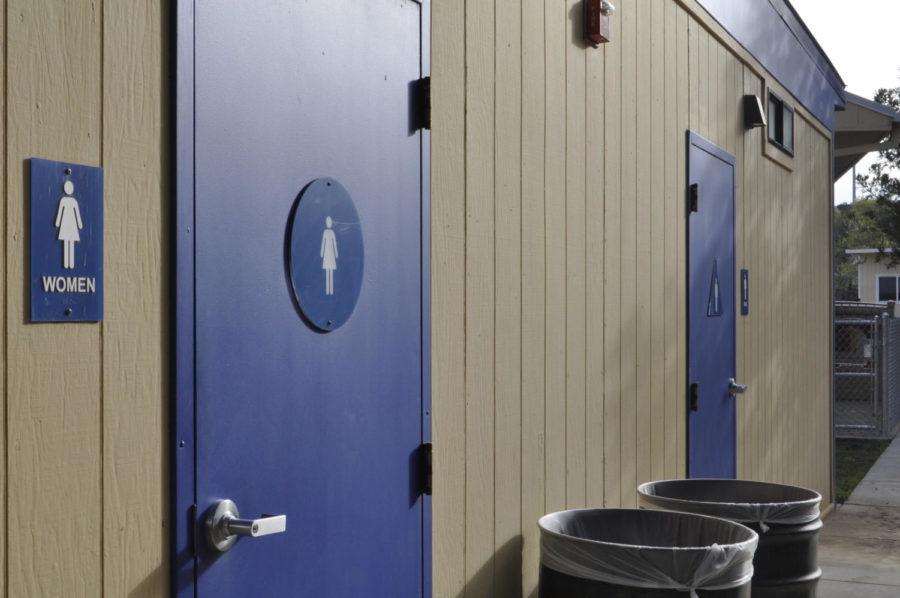 The bathroom facilities near the softball fields will only be available to the staff, children, and parents of the new daycare.

Unbeknownst to many students at Carlmont, there are young children on campus.

And they’re taking over the bathrooms near the softball field.

Located in G1 and G2, Happy Campers’ new daycare opened at Carlmont on March 1. According to Principal Ralph Crame, it was implemented because the Sequoia High School District wanted to make living costs easier for younger teachers.

“Even though the our district is one of the top districts in the county as far as salary and benefits, we were still losing younger teachers who have kids and toddlers due to the high cost of living here in the Bay Area,” Crame said. “We saw an opportunity to reduce some of their living costs by bringing in a daycare facility and offering it at a discounted rate to staff members in the district.”

However, the use of this new facility required a bathroom for the children and staff. Since the daycare is next to the bathrooms that are near the softball field, it was decided that they would be given to the new daycare.

Beforehand softball players, coaches, and spectators often used those bathrooms. But since the daycare has rented that facility, the locks on them have been changed.

For softball players, this can pose a problem. Players utilized these bathrooms before games and during practices, but they won’t be able to anymore because of the daycare.

“Since the bathrooms are unavailable, it’s an inconvenience to athletes because the softball bathrooms are more convenient. They allow players to have quick access to a clean bathroom,” Audrey Chu, a junior and softball player, said.

To fix this, Carlmont placed a portable toilet near the JV softball field for players and coaches to use in lieu of the bathroom facility.

“It’s not uncommon to see a port-a-potty on softball and baseball fields,” Crame said. “Before the bathroom facility was used for softball, we had a port-a-potty down there for guests. And if they don’t want to use it, they are always welcome to go a little further to the Scots’ Gym or the Performing Arts Center.”

While this may be a solution, many players don’t like the idea of a portable toilet near their field.

“The port-a-potty isn’t the best substitute for a bathroom for players because there is minimal space, it smells, and only one person can use it at a time,” Chu said.

Carlmont softball players aren’t the only ones who are affected by this, as opposing teams will have to use the same portable toilet.

Due to the negative effects a portable toilet may cause, softball players and coaches are currently searching for another option.

“A possible solution could be that they could put some money into putting some bathrooms down here for us and visiting teams,” Giuliacci said. “Without an actual bathroom, it looks like we don’t care enough to supply bathrooms for us or other teams.”