Sojourn to the Past starts fundraising 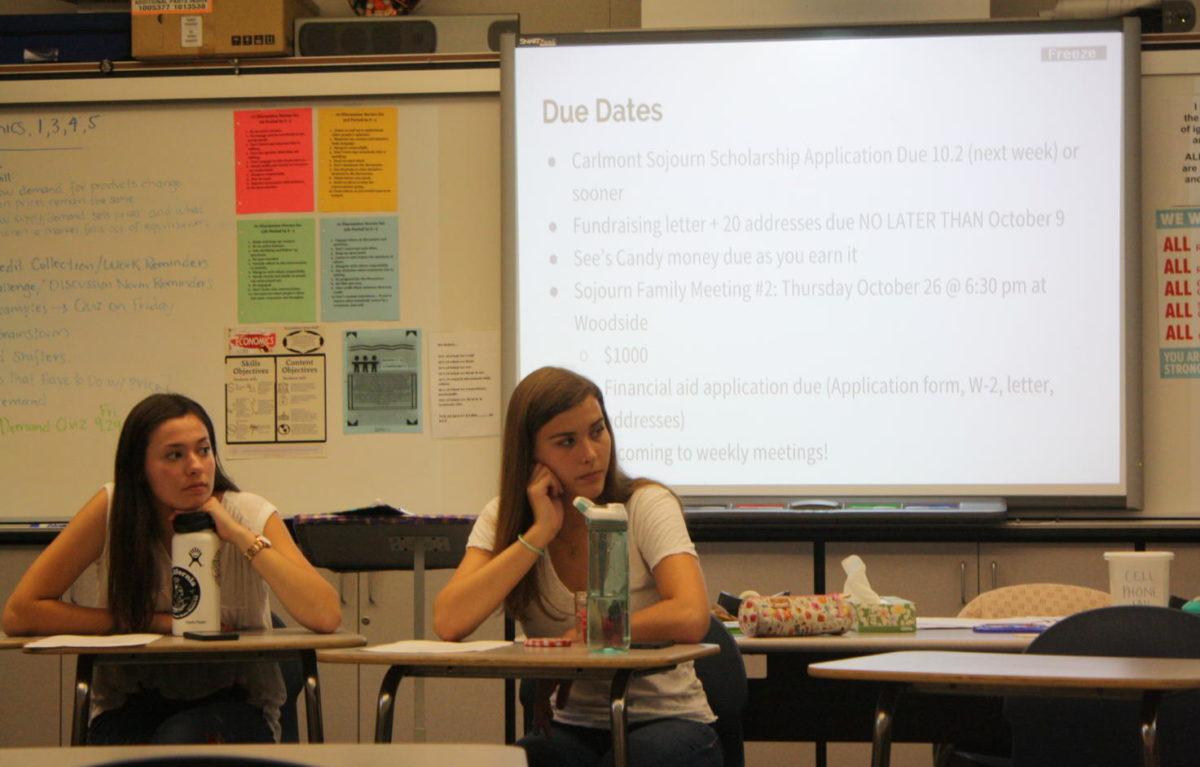 Twelfth-graders Jade Sebti and Sarah Tocatlian listen while other Sojourn members introduce themselves.

As September comes to a close, Sojourn to the Past has begun to take its first steps.

As part of Sojourn to the Past program, students spend a week in February visiting important landmarks from the Civil Rights Movement and meet people who were involved in it years ago. The Sojourn to the Past club helps students prepare for the trip and also plans a follow-up project after the trip.

The club meeting on Sept. 25 was about fundraising for the trip.

“We had a meeting last week, and that was the first official ‘hoorah’ because we got in our mandatory deposits,” said Jade Sebti, a senior. “And now, we need to get money together.”

To be able to participate, members of Sojourn to the Past must pay $3,000 unless they qualify for financial assistance.

“I think one rather unexpected challenge for a few of the kids is that they really want to do it, and while their parents can pay for it, they would rather not, so it’s up to the students to fundraise for themselves,” said Sebti.

Will Klieves, a senior, is planning on fundraising to pay for his trip.

“For the next month, we’re focusing on personal fundraising and selling See’s Candy chocolate bars. One of the biggest fundraisers that we’re going to have is a letter writing campaign where each person writes about twenty letters to friends and family and asks them to support,” said Klieves. “If anyone is uncomfortable asking for the money directly, some people just want to give support to Sojourn as a whole through donations in order to help kids with financial needs.”

Klieves highly recommends that all students should consider going on Sojourn to the Past.

“Sojourn is living history that you can’t get anywhere else. It’s a once in a lifetime opportunity for me to learn about the Civil Rights Movement. It’s not over; we’re still fighting for civil rights as we speak. The people we get to spend time with aren’t going to be here for much longer either, so I’m really lucky to have a chance to meet them,” said Klieves.