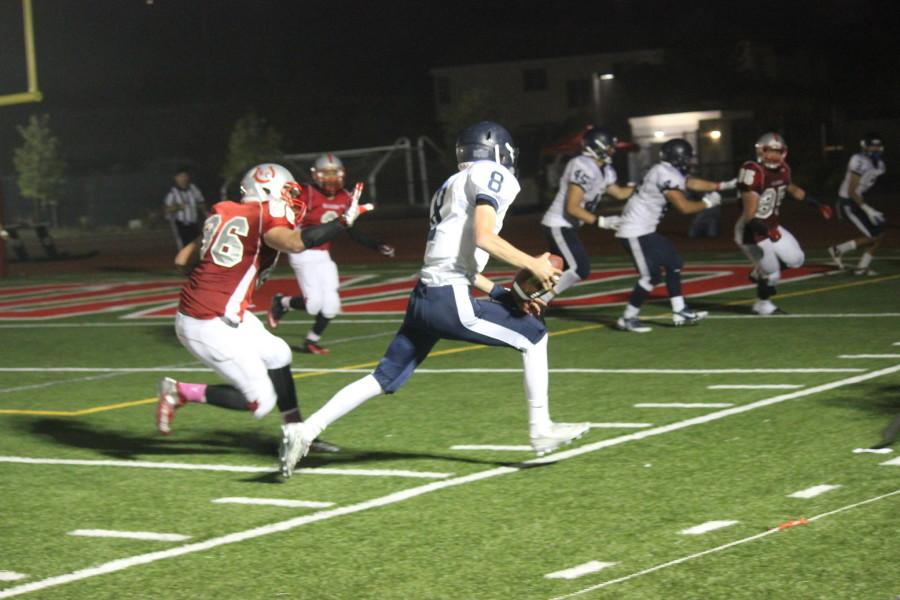 Varsity football pulled off a close win against the El Camino Colts on Friday, Oct. 9, at El Camino High School.

In the beginning of the season, a few sophomore football players were moved up to the varsity team. Sophomores Timmy Palthe and Jason Lloyd received starting positions, Palthe as quarterback and Lloyd as linebacker.

“I feel comfortable with the move up because I don’t let being a sophomore drag down my athletic performance,” said Lloyd.

With a score of 19-6, the Scots came out of their first league game with a victory.

“It felt like the beginning of something new, because it was our first league game and now we are currently 1-0 in the season,” said Lloyd.

After a tough start due to penalties with face masks, holdings, and false starts on both Carlmont and El Camino, Palthe managed to score the first touchdown  during the first half of the game.

“It was the best feeling in the world to lead the team and help them in anyway I could,” said Palthe.

“It gave me a rush of energy, and made me sharper for the next play,” said Lloyd.

With one minute and eight seconds left toward the end of the second half, Carlmont fullback senior Michael How scored the last touchdown of the night for the Scots.

Both teams sported pink apparel in order to raise awareness for Breast Cancer during the month of October.

After being on the road for several games, the Scots are coming back home to play against Mills High School on Friday, Oct. 23, at 7 p.m.