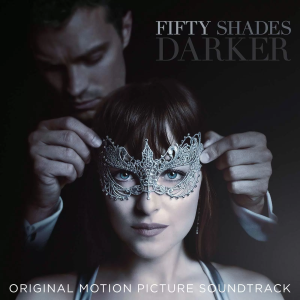 A movie with bad ratings but a soundtrack with great ones.

This movie is “Fifty Shades Darker,” which came out on Feb. 10.

The movie received a rating of 4.9 out of 10 on IMDb and nine percent on Rotten Tomatoes.

On the other hand, the soundtrack was number one on the iTunes charts and has a rating of four out of five on iTunes.

Since the soundtrack is supposed to reflect the movie through music, both should have relatively the same ratings. However, the soundtrack went beyond the movie in terms of attention and likes.

First of all, Taylor Swift and Zayn Malik, both singer-songwriters, released a single for this soundtrack back in 2016 called “I Don’t Wanna Live Forever (Fifty Shades Darker).”

The single has been at the top of the charts since it was released and combines catchy drum beats with background vocals behind those of Swift and Malik. Both of their voices resonate throughout the whole song, focusing on their strengths.

When I first heard “I Don’t Wanna Live Forever,” I didn’t find the connection between the song and the movie “Fifty Shades Darker.” The lyrics of the song are about not wanting to live in vain and instead, reaching out to the person you care about. From the descriptions of the movie, this song doesn’t fit in.

Other songs in the soundtrack, such as “Helium” by Sia, deal with a much more powerful message than that of “Fifty Shades Darker.”

One of the lyrics in this song is, “But even Superwoman sometimes needed Superman’s soul.” The song, as a whole, deals with how people don’t have to be alone to combat fears or to get up when they have fallen down.

Some songs in the soundtrack, however, do represent themes that are in the movie.

The main theme would be sex.

Songs that embody this theme are “Bom Bidi Bom” by Nick Jonas and Nicki Minaj and “Lies in the Dark” by Tove Lo. All three of these artists have had their own songs in the top charts and are widely known in pop culture; this could be one of the reasons why the album is so popular.

Another reason the album has gained much attention is the catchy songs with good rhythms and different styles.

While the soundtrack doesn’t totally fit with the movie, it still provides good music that is addictive and pleasing to the ear.