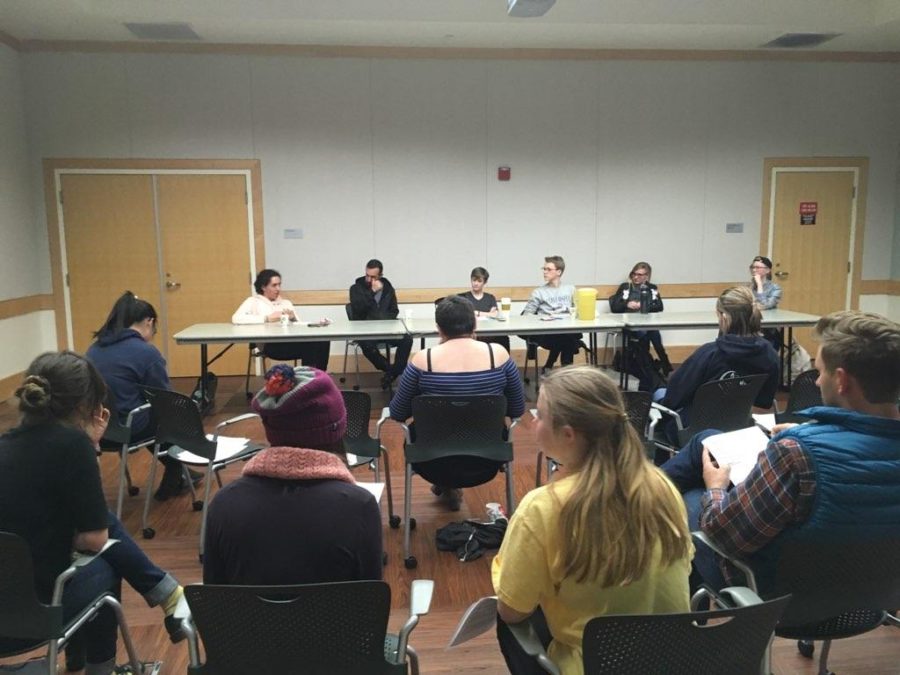 The "How to be a good ally meeting" at the Belmont Library, featuring a panel of LGBT teens talking about their individual experiences.

The LGBT community has faced a lot of controversy in years past, but there is an increasing number of people who want to be LGBT allies (straight or cisgendered supporters of the LGBT community), especially in the Bay Area today. However, some people may not know how to be an ally or what to do as one.

On Feb. 28, a meeting at The Belmont Library called “How to be a Good Ally” helped allies learn more about LGBT and what to do or not to do. They also handed out a pamphlet on how to be a good ally and had a packet on LGBT vocabulary so people could learn more on the terms. Stop-homophobia.com has a similar list.

The first question asked to the group was why allies are important and what they do for the community.

“It’s nice to have an ally as someone else to speak up for you. If you have an ally it’s similar to safety in numbers because there are more people for your cause,” said Oliver Golden, a senior at Carlmont.

The second question was: why people don’t understand the LGBT community or why don’t they want to understand?

“[A lot of hate] isn’t necessarily maliciousness, but rather ignorance and not understanding,” said Nova Koons, a junior at Carlmont.

Another common answer was laziness, or that people think they already know a lot about the subject so they reject the opportunity to learn new information.

The next topic discussed was about the attitudes of adults and teachers towards the LGBT community and what they could do to help.

“One thing teachers—or any adult for that matter—could do is stand up when you hear something against the LGBT community. For instance, if you hear someone making fun of us it should be your duty as an adult to step in and [discourage the behavior],” said Jay Clark, a senior at Carlmont.

Another thing to take into consideration with the adults and the LGBT+ community is how Carlmont lies in the middle of the Bay Area, a very democratic and liberal section of society.

“I haven’t experienced much hate. A lot of adults are nice to me but I think it would be different if we weren’t living here in the Bay Area,” Golden said.

The next idea commented on different problems pertaining to the different sections of the community.

“Depending on what you identify as, [there are] different problems toward the community. With trans people, you have problems with bathrooms and birth certificates. Bisexuals get the whole ‘Oh just pick one side, you can’t like both’ criticism,” said Clark.

The following subject regarded what to do if you want to be a good ally. Almost everyone’s answers reflected ideas about education and learning more about the cause.

“Don’t be complacent and don’t act like you know something just because you might have a gay friend,” said Golden.

Another important thing to remember is to always be ready to help out the LGBT community.

“You should never say ‘I have done enough’ [for the LGBT community] because there is always more to do and there always will be,” said Clark.