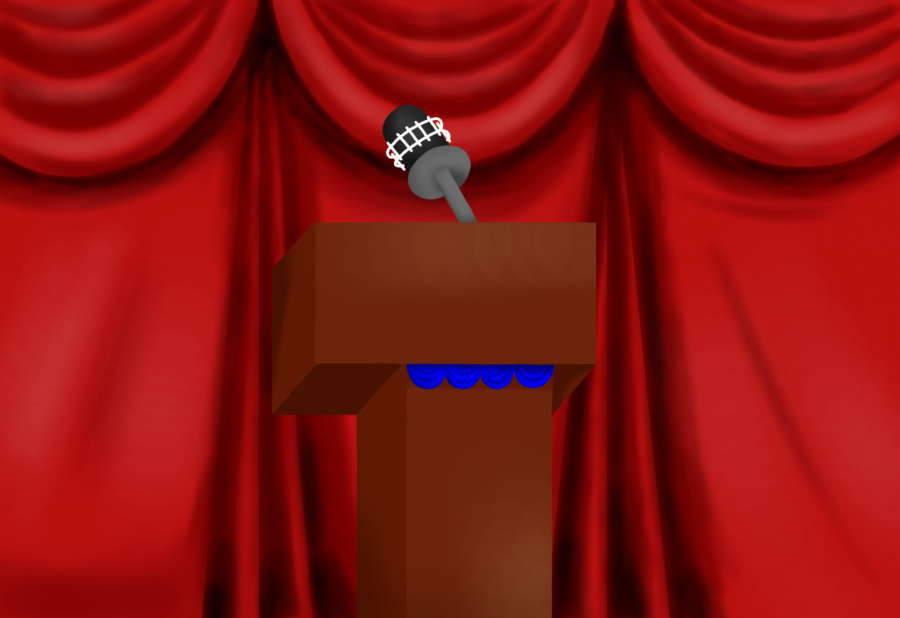 The Speech & Debate Club has continued meeting and practicing throughout distance learning. "We have interclub debates and tournaments where we'll practice different formats," said Mira Wakefield, a sophomore.

For many of its members, the Speech & Debate Club has been an enjoyable constant throughout the chaos caused by distance learning.

According to Brennan Dai, the president of the Speech & Debate club, the club allows students to learn to give speeches and debate with their peers.

“We do mock debates and lessons on different types and formats of debate,” Dai said.

Dai also said that it allows students to connect to real debates, as they are part of the National Speech & Debate Association (NSDA). The NSDA hosts local, district-wide, and national debates that students can participate in. The students in the club practice for competitions in the interclub mock debates that happen during Friday meetings.

As Dai mentioned, participants give lessons on different types of debate and speech. Lessons given during Monday meetings help prepare students for mock debates on Fridays. In addition to these lessons, debate drills help students with speaking skills.

Mira Wakefield, a junior and member of the Speech & Debate Club, commented on her experiences with mock debates.

“It’s a really great boot camp exercise to whip you into shape in terms of your debating skills,” Wakefield said.

She also found that feedback given at the end of mock debates was helpful in working on her skills. Wakefield’s passion for debate and her excitement to meet new people encouraged her to join the club.

Another junior, Luke Lisi, joined for similar reasons as Wakefield.

“I really enjoy debating with others and want to be in a place where I could do that seriously,” Lisi said.

Unlike most clubs, members of Speech & Debate have not been facing major challenges when it comes to going virtual; in fact, they have had an easier time scheduling meetings.

“I think distance learning might have helped us a little bit because we can meet way more often. Before, we would have one meeting, and it was usually really long,” Dai said.

Lisi and Wakefield agreed, discovering that distance learning has allowed for more flexibility in meeting times and attendance. However, Lisi pointed out that there are also downsides to distanced debates.

“I think that distance learning has made attendance of the club more convenient, but it’s harder to get into debates when I’m just talking to a screen. I feel like being in person would make things feel a bit more natural and not quite as disconnected,” Lisi said.

Wakefield disagreed, arguing that the club was able to flourish because of distance learning.

“Distance learning has allowed our club to build a really consistent group of members and it’s allowed us to delve into debate,” Wakefield said.