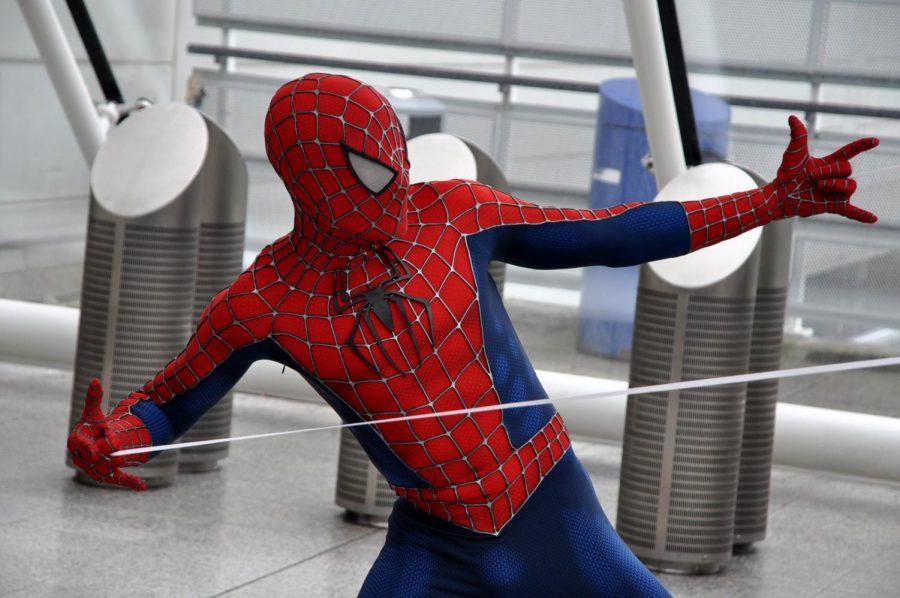 "Spider-Man: No Way Home," starring Tom Holland and Zendaya releases Dec. 17. The presale profits are greater than those of the previous Spiderman movies.

After years of speculation and hype, Marvel’s “Spider-Man: No Way Home” shattered the record for a movie’s first day of ticket sales, affecting Carlmont students.

The original trailer, which was released on August 24, broke records with 355.5 million views in the first 24 hours, surpassing “Avengers: Endgame,” which had 289 million.

The film is the sequel to “Spider-Man: Homecoming” and “Spider-Man: Far From Home,” starring Tom Holland as Peter Parker. He was alongside other notable actors such as Zendaya, Jamie Fox, and Willem Dafoe.

When the clock struck midnight on Nov. 29, announcing that tickets were on sale, buyers quickly rushed to secure their seats for the highly anticipated film. Due to the high demand from fans, ticketing sites such as Fandango, AMC Theatres, Cinemark, and Regal crashed.

“I tried buying tickets for eight of my friends and me, but as soon as I got to the checkout page [Cinemark] crashed. This happened the next day as well, and I wasn’t able to successfully purchase any tickets until my third day of trying,” said Nicholas Wacha, a junior at Carlmont High School.

Wacha is not alone, as site crashes were a common experience for Carlmont students.

“My parents tried getting [our family] tickets to see “Spider-Man: No Way Home,” but the website would just freeze and then crash every time. We would get to the checkout point, and then the site would stop working. It’s pretty crazy and goes to show how many people want to watch the movie,” said Elizabeth Cruz, a freshman at Carlmont High School.

According to Fandango, it took only two hours for the film to surpass “Black Widow” and break the record for most ticket presales by a 2021 movie. As of now, it has already generated over $35 million from presales alone, the most since “Avengers: Endgame” in 2019.

The film has also passed many famous films, including “Star Wars: The Last Jedi,” “Star Wars: Rise of Skywalker,” “Avengers: Infinity War,” and its predecessor, “Spider-Man: Far From Home.”

The movie is set to release Dec. 17 and is expected to generate over $200 million in domestic revenue over the opening weekend.

“Honestly, I can’t wait to watch [“Spider-Man: No Way Home”] when it comes out. I’ve always been a huge Spider-Man fan, and I loved the first two movies. Plus, with all the hype surrounding [the movie], I don’t see how it can be bad,” said Ariana Goldenshteyn, a senior at Carlmont High School.

As this film nears its release date, speculation and hype will only increase. This record-breaking release makes “Spider-Man: Far From Home” the most anticipated movie of the year.