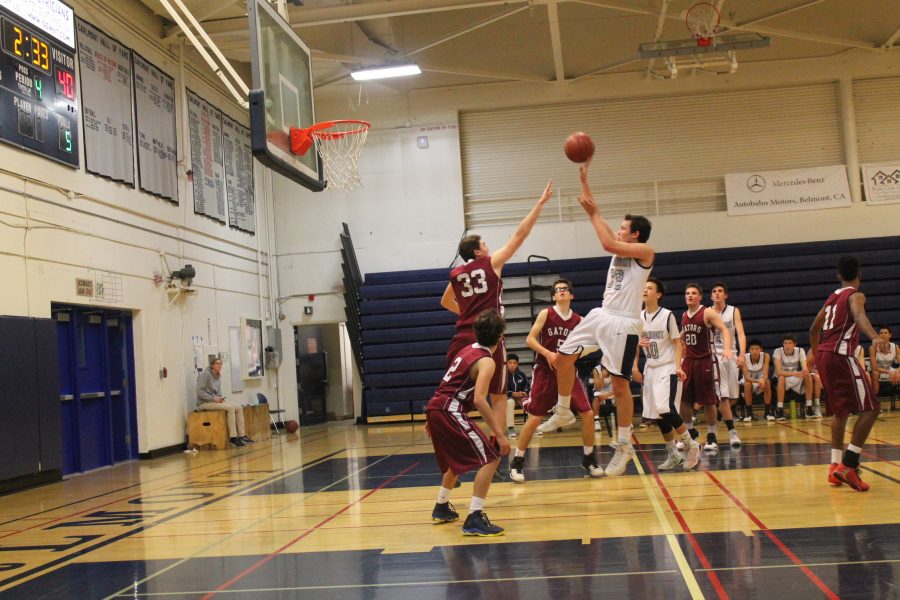 The high pitched squeal of the whistle blew and feet dashed around the field as the thrilling game of soccer began.

The rebound of an attempted shot bounced into the feet of sophomore Theodore Korolev, who easily kicked it into the right corner in the game against Roberto Cruz Leadership Academy.

Korolev is one of many people that experience the fulfillment of sports.

“[Sports] helps teach teamwork, learning from failure, working hard, leadership skills, and so much more. With that said, adults can get in the way and make it too competitive with specialized clubs. They can cause so much stress and make the athlete a less well-rounded individual,” said JV swim coach, Jim Kelly.

According to the Boston Globe, three out of four families in the United States with young children to teenagers have at least one child participating in organized sports. However, 80 percent of these athletes quit by the age of 15.

The decline of participation could be for many reasons, but one significant issue is the large time commitment.

Liam Jocson, a senior at Carlmont, was a Carlmont soccer player until this year when he decided to quit.

“[It was] too much of a time commitment, and I want to focus my time on college applications so I can prepare myself for a good future,” said Jocson.

Like many people his age, he focuses his time on activities he believes will help advance his career.

According to the National Collegiate Athletic Association, only 7.9 percent of high school soccer players play in college. Due to the sport’s competitiveness through college, athletes must stay disciplined and focus solely on soccer.

As a D1 soccer team, Carlmont’s varsity soccer players practice every day and are highly competitive. Serious consequences develop if rules are not followed.

“Usually missing practice would result in a loss of playing time and if it gets too much you could be kicked off the team,” said Jocson.

In contrast to Jocson, Korolev sees the benefit of sports and continues to play. Korolev has been committed to watching and playing from a young age.

“I watch a lot of football [soccer] and use my logic and math to create plays. These plays can have different results, which allows me to be the play-maker I am today,” said Korolev.

Korolev has struggled to balance his love for soccer with his other commitments, such as school and family. In his opinion, soccer is a way to destress and escape reality.

“Sports don’t cause me stress, they relieve it. If I am nervous about problems such as school or friends, I use soccer to calm myself down,” said Korolev.

Like many other athletes who strive to play in college, Korolev practices every day for around two hours. In his free time, he enjoys going to his local park and practicing.

Korolev said, “The term practice makes perfect applies to [soccer] because the more time you commit to the sport, the better you are and the better you become against your opponents.”

Korolev acknowledged the time commitment soccer has taken on his life, but playing has only made him happier.

Korolev said, “Since sports require a lot of commitment, sacrifices for other activities have to be made. However, for people like me, someone who loves the sport so much and loves every moment with the ball, soccer is worth the sacrifices.”