Sports participation down for the first time in decades 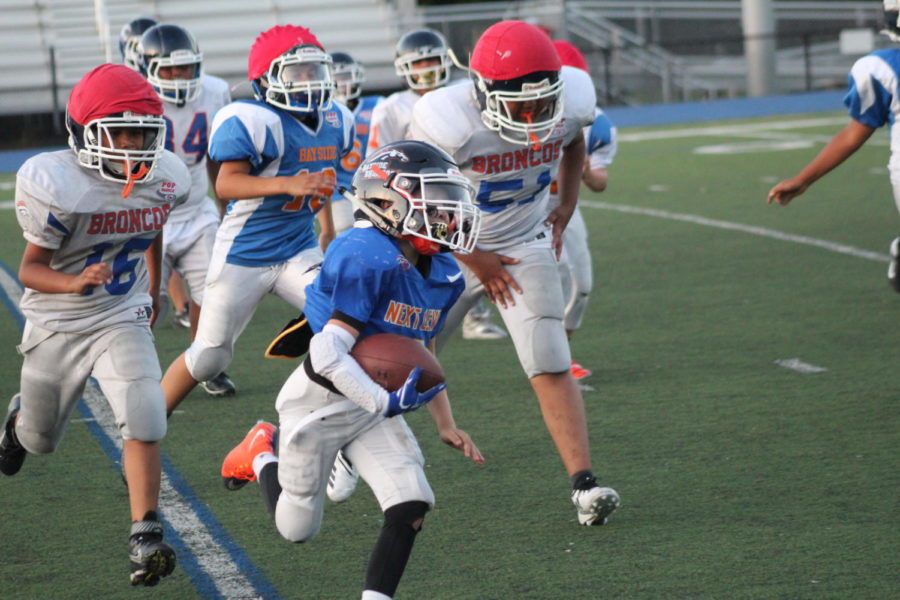 A running back outruns his opponents.

The National Federation of State High School Association (NFHSA) released their annual participation survey last Monday, showing a decline in sports participation for the first time in 30 years for the 2018-19 season.

“Parents, myself included, are afraid of head injuries. That is the problem,” said Jarrod Harrison, a history teacher.

Medical research has increased awareness of the link between repeated concussions and the degenerative brain condition chronic traumatic encephalopathy (CTE).

A medical study based article published in 2017 analyzed the brains of 202 football players; the study uncovered that “110 of 111 National Football League players had sustained CTE, while 88 percent of the brains — 177 of the total — also had the neurological disease.”

Harrison says that he “will not let his son play football” for this very reason.

Many parents, just like Harrison, are pulling their kids from football or not letting them play at all.

A nation-wide Marist Poll found that 44 percent of parents are less likely to let their son play football. This shows a ten percent increase from the same poll in 2013.

Fewer parents signing their kids up for football early on means that they’ll be less prepared to play when they get to high school.

U10 Pop Warner assistant coach Christian Solano said, “In the last two years we have gone from four full teams to just two.”

He played football as a kid and recognizes the positive impact it had on his life, and knows it can do the same for his nine-year-old son.

“Football gave me structure, taught me authority and leadership, it gave me a work ethic, and I wouldn’t be where I am today without it,” Solano said.

Carlmont football head coach and Pop Warner head coach, Al Elzey, points out that the “Pop Warner team had no concussions and the Carlmont team had less than Carlmont soccer, lacrosse, and baseball, both men and women.”

High school football programs have implemented stricter rules to protect players from concussions. The NFHSA has cracked down on helmet-to-helmet hits, with increased penalties as well as limiting contact in practices. It was shown that one of the reasons players have a higher risk of concussions are small, repeated hits.

Concussions are not the only injury parents worry about.

“Last year, Brandon broke both bones in his wrist, but I still let him play because he loves football, same as I do,” said Sue Korn, a mother of an 8-year-old Pop Warner player. “But hell yeah I still worry, I worry about him every time he takes the field.”

Football, however, was not the only sport to suffer a setback. Men’s basketball took a hit, and women’s basketball participation was the lowest since 1992-93.

Some students claim they do not want to play sports to focus on video games. They see video games as a less risky alternative, as well as a money-making opportunity.

Another freshman said that sports were “too time-consuming and required too much effort.”

Even if kids play sports in elementary and middle school, a new poll says that 70% of kids quit sports at age 13. Possibly not coincide, most U.S. kids receive their first phone by the age of 12.

Another reason more kids are quitting sports is because of the increasingly competitive environment and expectations surrounding each athlete.

Students are saying that sports are not “just for fun” anymore, especially at the high school level.

It does take a particular type of person to play a sport.

“Football is a very physical and very hard-on-the-body type of sport. That is what I like about it. Not everybody can do it,” Elzey said.

With obesity plaguing one out of every five children, it is even more critical play sports. Also, with increasing high school stress levels, sports are proven to help lower anxiety rates, especially among teens.

“Football impacted my life in a very positive manner, just how soccer and basketball and every other sport guide their athletes, so the participation decline, it scares me,” Elzy said. 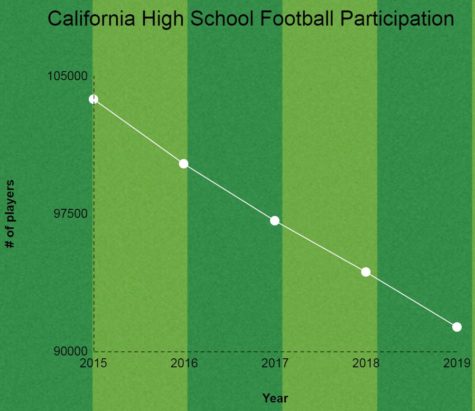