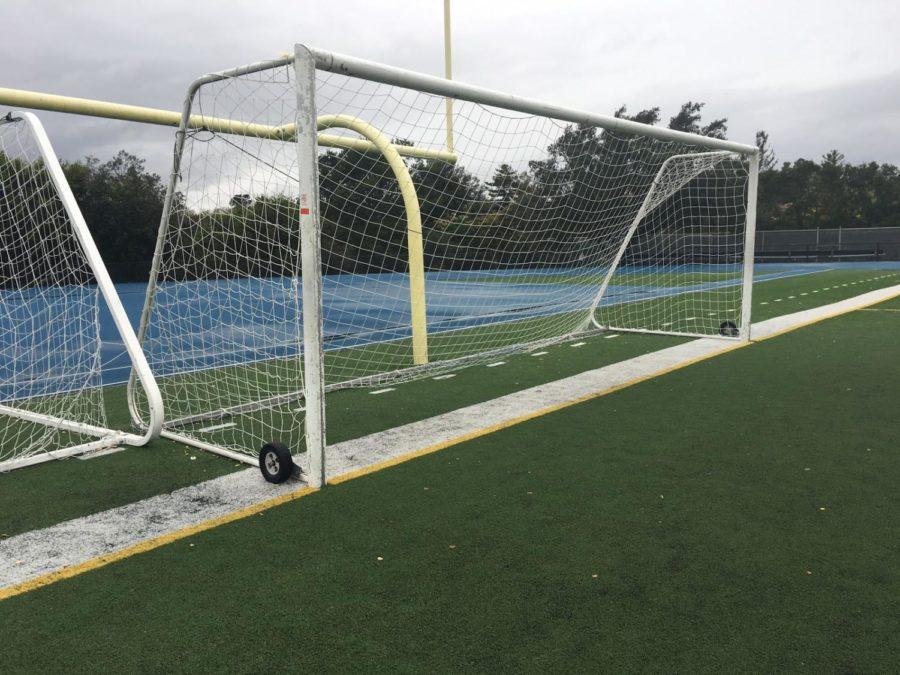 A goal sits untouched due to the lack of use over the break.

Spring break is a time of relaxation for students and staff. However, it has a profound effect on sports teams.

Not only does spring break give students the chance to unwind, but it also specifically gives student-athletes a break; this time off can allow athletes to recuperate and prepare for the rest of their season.

While many student-athletes still have to practice, most will not have to prepare for games or meets.

Some coaches may not like the idea of this, as it could ruin the flow of their season.

“The break will definitely impact our team, specifically with swimming. It will be really hard for us to get back into our routine once we get back,” James Kelly, the JV swim coach, said. “They’ll lose some of what they have been building towards for the last six to eight weeks.”

Some students don’t like the idea of a break as well.

“The break won’t be good for our team as a whole since we won’t be preparing for a meet for nearly a week, and it will impact how we perform at the end of the season,” varsity swimmer Amy Fullerton said.

Other students see the break as more of a benefit than a problem.

“I think it’s a good break from competing since sports take a lot of energy out of us,” varsity swimmer Hana Lip said. “But we will have an entire week to really focus on our technique to get us ready for PALs in a couple of weeks.”

“This break will give us an opportunity to rest to make sure that we are ready for our opponents after the break,” JV lacrosse player Ayan Dixit said. “It might also negatively affect us because some of our players might not practice over break, so it would take longer to get back into shape for certain players.”

The break can also cause mental stress for the coaches and players.

“They will lose about a week of swimming,” Kelly said. “This will affect them tremendously because their times will go up or become worse… They will have to work extra hard mentally and physically to get back to where they were before the break.”

As spring break comes to a close, student-athletes and coaches will see its impact on their team, both positive and negative.