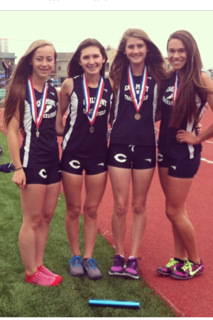 On Monday, Feb. 3, the first day of tryouts for Carlmont spring sports will be held.

While some students this season are looking forward to being a part of the team, others are motivated by the idea of success, both as an individual and as a school.

The sports that will be played this season are baseball, softball, golf, boys tennis, badminton, swim, lacrosse, and track and field.

Last year, all of these teams except for girls swimming and girls track and field ended with a winning season; although both ended with an equal amount of wins and losses.

Sophomore baseball player Connor Loucks expects the team to return to the Central Coast Section (CCS) playoffs and hopes they will do better than last year.

Junior and swim team member Sam King said, “I am really excited for this season! We have a lot of great swimmers on the team this year, so hopefully we will be sending a lot of swimmers to CCS.”

This is the first season that Carlmont is forming a girls lacrosse team, and players are eager for practices to begin.

Sophomore Sara Yolland said, “I’m very excited for lacrosse to start. I think the team is going to do pretty well this year because other schools are going to underestimate us.”

With the start of the season approaching, varsity players have been taking the necessary steps to prepare for the competition.

Loucks said, “I think everyone has been ready for baseball since the winter. We’ve been doing workouts since November, including conditioning and lifting sessions.”

King said, “Most of us have been doing club swimming to prepare for the season.”

This Monday, it will become clear whether or not these preseason trainings have paid off. Teams are not only excited to start playing, but they are also all motivated to bring back a CCS title to Carlmont.

With the conclusion of winter sport season approaching, sports fans all across campus will be shifting their attention to the warm weather of spring sports.