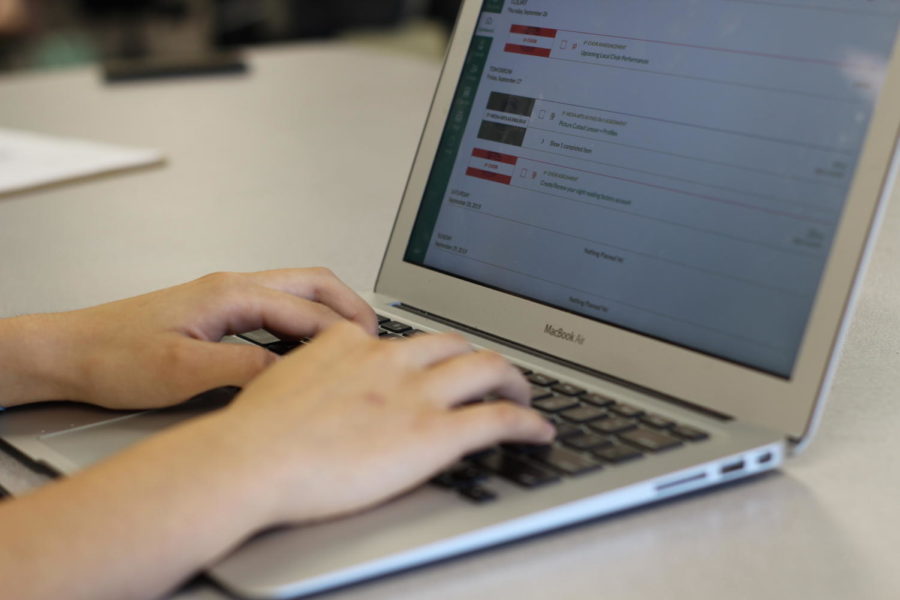 Students use technology and wifi to complete their schoolwork.

For more than one million American High School students, the Sprint 1Million Project aims to help them reach their full potential.

The project’s mission is to provide 33 different state districts with unlimited access to digital devices and wifi. Potentially, this will allow students of all backgrounds to have an equal shot at success for both home and schoolwork.

The idea was released to the public on Nov. 7, 2018, with hopes of reaching about 1,700 high schools by the end of its first year. After being tested in those high schools, about 84% of the students who participated said the project made it easier for them to complete their homework- an evident success for its founders.

The project was initially a massive help for the Sequoia Union High School District.

“Believe it or not, in this area there are still a lot of students that don’t have access to the internet,” said Bob Fishstrom, director of Instructional Technology. “Our demand was so high that as of today, we have given out 252 hotspots to families in need.”

Fishstrom was passionate about the project’s mission and confident that it would be useful to many in the district.

“We want to narrow the digital divide as there are still so many students without access,” Fishstrom said. “If we expect students to be doing online work from home, we need to provide them with the proper tools to do so.”

Unfortunately, the project’s initial success in the Sequoia Union High School District is no longer as prominent.

The problem began when Bob Fishstrom left his position in the district this past year.

“The project is definitely at a slow point. More often than not, when the person who initiates a project leaves, it’s hard to keep it sustainable, which is what happened here,” said Gregg Patner, Carlmont’s administrative vice-principal.

Patner expressed his uncertainty about whether the project will ever regain its initial momentum.

“To my understanding, the pieces of this project were to be picked up by someone else in the district. Whether or not the district will continue to pursue it remains unknown,” Patner said.

The project’s discontinuation in the district could prove to be troublesome, as it was clearly in high demand its first year.

“The new district office personnel who is overseeing the project is still learning, but we’re hoping it will regain its initial momentum sometime soon,” Patner said.