State of emergency is proclaimed after storm damages 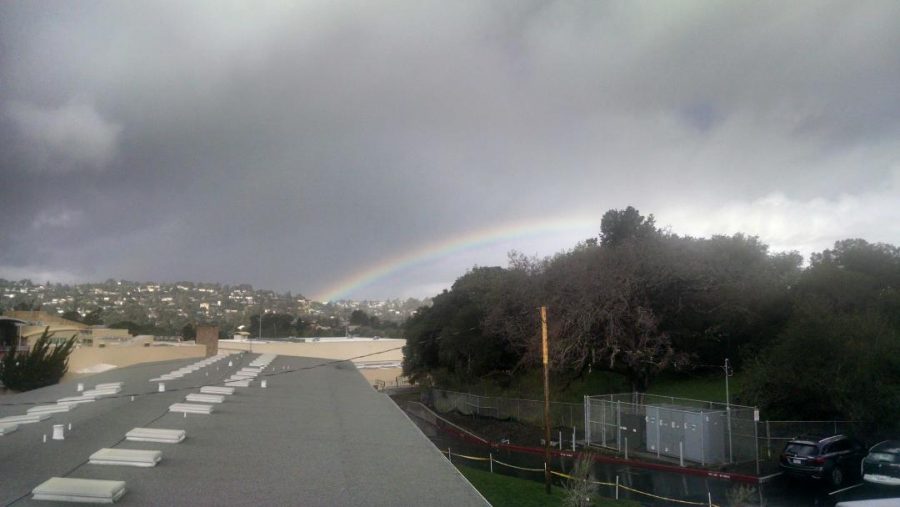 As storms move away from the Bay Area, repairs and aid can be given to those who need it.

As a result of the storms of thunder and rain sweeping through California since late December, Governor Jerry Brown called a state of emergency for 50 counties on the night of Jan. 23.

Sacramento, San Francisco, Merced, and San Mateo County were included in this group.

According to the Brown administration, the state of emergency was called to allow for repairs to roads and property that were damaged in the heavy downpour. As the storms move toward Southern California, repairs and construction will be done to fix the many potholes and drain flooded areas.

The state of emergency will help communities “recover from [the] severe storms that have caused flooding, mudslides, erosion, debris flow, and damage to roads and highways,” said a spokesperson for Brown.

“Three weeks ago, I saw one of my neighbor’s fences fall down. Also, on the way home, there were some minor dents in the road. It’s scary if you drive on [the road] because it sounds like a tire breaking,” said senior Boris Pau.

By issuing a state of emergency, Gov. Brown permits the state to draw funds from both state and federal sources. According to Brown’s proclamation, the California Department of Transportation will now be capable of requesting “immediate assistance through the Federal Highway Administration’s Emergency Relief Program.”

In addition to road damages, several students living in the Belmont Hills area faced power issues during the rain storms.

“There weren’t that many damages [in the area], but we experienced a very large blackout,” said junior Ryan Leung. “I was out of electricity for only 15 minutes, but others didn’t have any for about an hour, so they had to use candles.”

Until the next storm, the only thing that Bay Area citizens can do is prepare for the next large bouts of rain and repair extreme damages. In his proclamation, Gov. Brown estimated the total damages of California to be approximately $10 million.

“People need to take this break in the rain to dry themselves off and make proper repairs,” said senior Ana Tudor. “We need to use [this time] as an opportunity to mentally prepare ourselves for the next time it strikes.”