Students adjust to deal with December 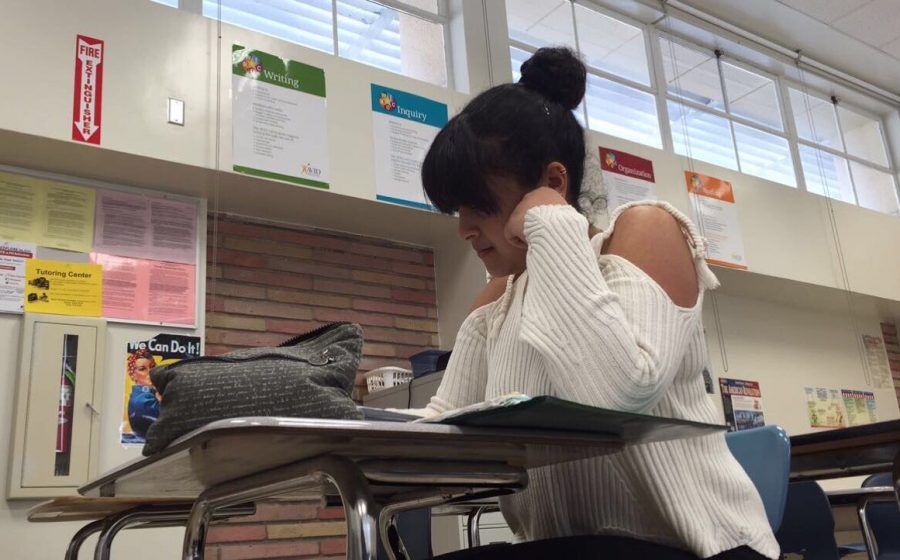 For many students, once Thanksgiving break is over, it’s full force into the holiday spirit: a time for giving and being merry.

However, some students find that returning back to class after the break is filled with dread for the end of the semester.

This is because once students return from Thanksgiving break, they know finals are coming.

Finals are scheduled dangerously close to winter break, limiting students’ abilities to get in the holiday spirit. Many are torn between books and boughs of holly.

“During this time I am more focused on school and finals,” said junior Tamara Shamieh. “Some of my classes have finals starting really soon. In one class, I have a final this Thursday. I really have to be focused.”

Some students feel guilty ignoring the holiday season by sitting in the library with their noses in papers and books, but if they try to get into the spirit, they are overcome by stress.

“I would say I try to find a balance between the holidays and schoolwork,” said junior Josh Camerino. “I think it’s important this time of year to put the holidays above finals week, but I still plan to have a mix of both.”

Despite the attempt from many to keep up the holiday spirit while studying, holiday festivities have undeniably resulted in a temporary loss of focus.