Students choose a lifetime of music 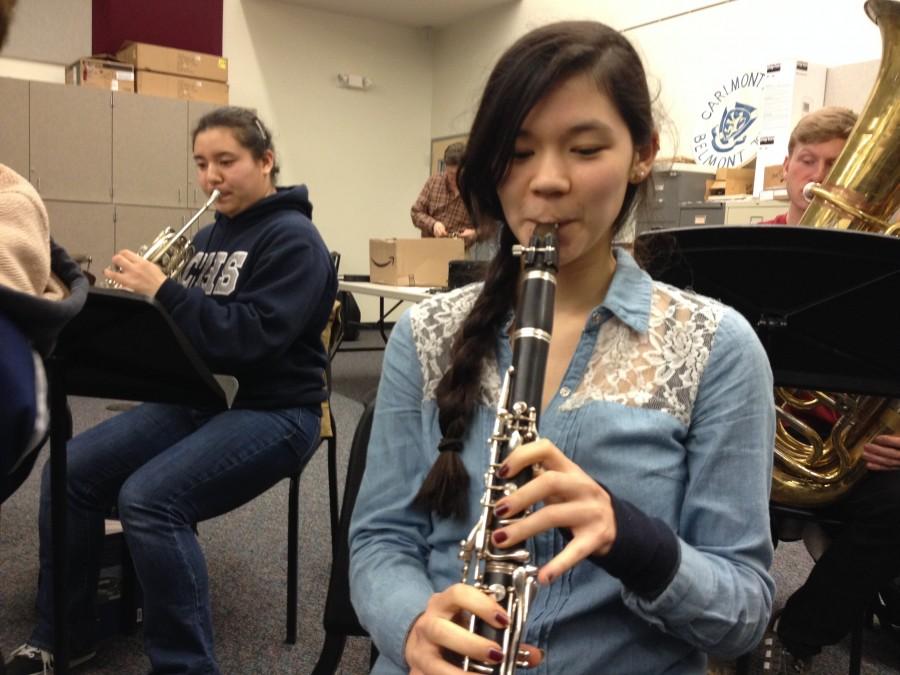 Although many Carlmont students participate in the instrumental music program throughout high school, only a handful of students plan on making a career out of music.

For many, playing an instrument is a hobby or casual skill. But for those pursuing music after high school, it is a much larger part of their lives.

Junior Dario Johnson said, “I want to major in music composition in college because I have no passion greater [than music].”

Johnson began playing trombone, his primary instrument, in the fifth grade. He later taught himself piano, which helps him to understand different concepts when composing music.

Johnson’s musical education does not end at school. “I try to do as many music groups as possible [for] the experience. There is only so much you can get in class. [It’s also] a good way to take what you learn in class and put it in real time,” Johnson said.

The devotion to music demonstrated by Johnson is not uncommon in music majors.

Senior clarinetist Nicole Galisatus, who wants to major or minor in music performance, said, “Private study and ensemble study are equally important for a developing musician. With private lessons, I work on technique and solo repertoire. When playing with a band or orchestra, I learn how to listen.”

During the school year, Galisatus plays with Carlmont’s Symphony Orchestra and Peninsula Youth Orchestra. She works as a counselor at Cazadero Music Camp during the summer and takes private clarinet lessons year-round.

“This past summer I played concerts in Germany and Prague with Peninsula Youth Orchestra. That was just one of the most memorable music experiences I’ve ever had,” she said.

In college, music students generally practice between four and six hours every day.

Of this experience, he said, “College music classes are just like any other class. You go to lecture, take notes, do homework. However, unlike other majors we also perform in ensembles and take lessons from a staff member.”

At CSU East Bay, Smart learned how to play every instrument in the orchestra in just one year. “I also had conducting classes, where I found that was where my real skill was. I love it!” he said.

The audition process varies for each university. Smart said, “Most require you to submit a recording of some sort. If they like you, you may be asked to visit the university to perform an in-person audition [or] interview.”

Galisatus is currently involved in the college application and audition processes.

She looks forward to pursuing her passion next year. “I love music and cannot imagine life without it,” she said.

The instructors of Carlmont’s instrumental music program have all undergone this process before and lend a hand to Carlmont students hoping to study music.

Smart said, “Any students that are interested in doing auditions should talk to their music teacher as soon as possible [so] we can help to the best of our ability. We want our students to succeed!”