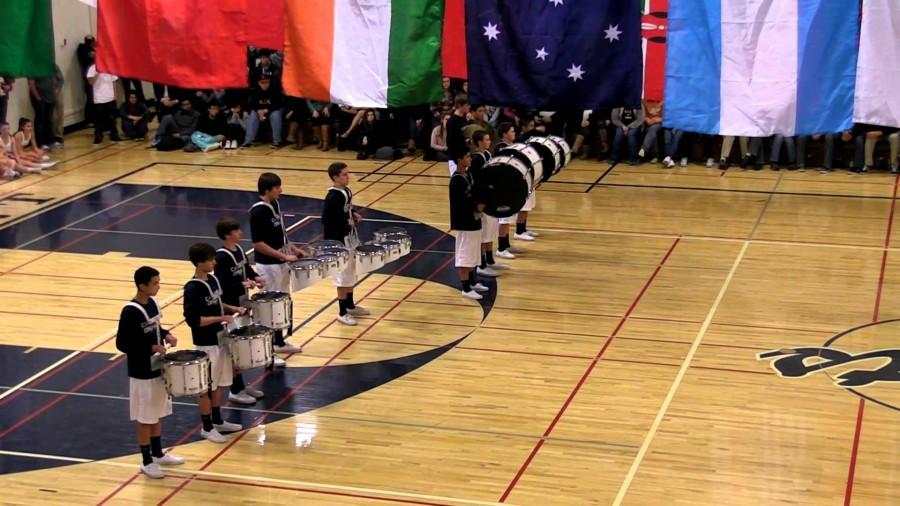 The Carlmont Drumline at the 2013 Heritage Fair

This Friday, Feb. 28, Carlmont High School will be holding its annual Heritage Fair during third period. It will also be a spirit day for students and staff members, who are encouraged to dress in clothes that represent their own personal heritage.

Associative Student Body (ASB) representative Gabi Dimick said, “There are 14 acts in the assembly, and there is a pretty large variety. We have Indian Club, Polynesian Club, and  BSU (Black Student Union), which is pretty diverse for one school to have.”

As the spirit day and assembly draw near, students have expressed their excitement for this memorable event.

Sophomore Lauren McDonnell said, “I love all of the performances. [They] are all unique and just really fun to watch.”

Sebt plans on dressing up for the spirit day in order to show appreciation for his culture.

For seniors, this will be the last Heritage Fair they ever get to celebrate at Carlmont.

Senior Devon Reed said, “I am excited to see all the different cultural dances one last time.”

Reed is most enthusiastic for the Ukulele Club. She is “glad they are becoming so popular.”

Senior Billy Lash, president of Swing Club, said, “I’m excited, but I’m also really sad. I actally cried the other day because of it. This is my fourth year doing Swing Club and the second year as president. It’s really sad to say goodbye to something I’ve been doing for four years and the people I’ve been doing it with.”

With the assembly just hours away, ASB members are eager to watch all their hard work come together.

Dimick said she is very excited for the upcoming assembly. “Some of the groups may have individual surprises. Drumline always has something awesome and unexpected planned,” she stated.

With 196 countries in the world, there is no doubt that those being represented at the upcoming Heritage Fair will be full of excitement and culture.