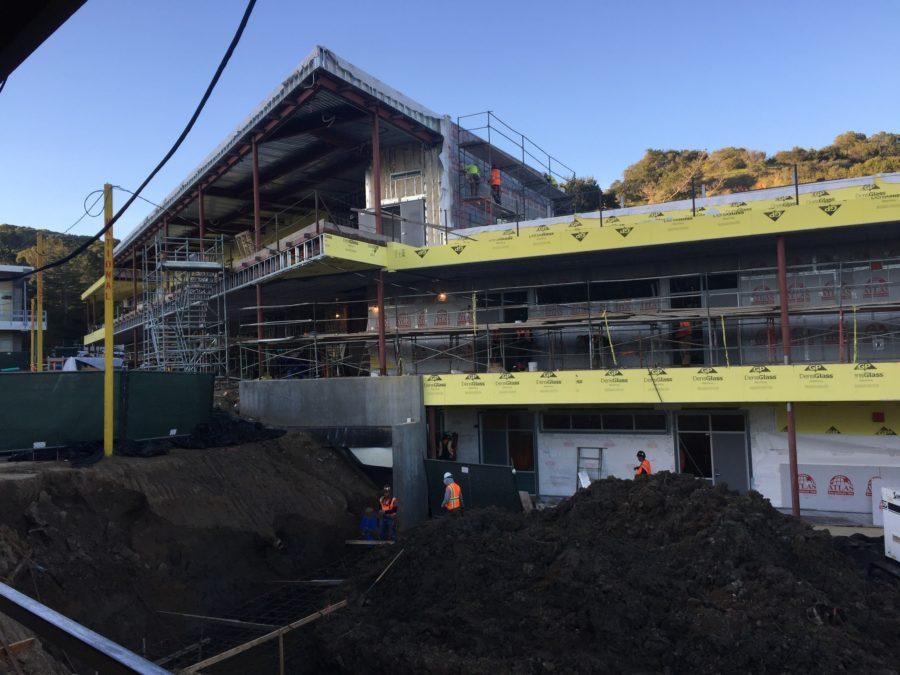 The construction has disrupted some students' learning environments, such as noise.

The new S-wing construction has interrupted students’ learning for the past few weeks.

The construction of the S-wing has many excited, such as Vice Principal Grant Steunenberg.

Steunenberg said, “The purpose of that building will be to provide ten new classrooms for our students, six new regular classrooms, three new science classrooms, and one classroom dedicated to Digital Media Arts.”

However, many students in T and U-wing are uncomfortable in their learning environment especially in the T-wing since they are the closest to the construction.

Sophomore Stephanie Ulloa said, “It smells gross at times and it’s really loud and hard to hear, so we end up closing windows and this makes our class ten times hotter than it needs to be. In the winter it was fine, but now that the weather is changing it’s a lot less comfortable.”

Steunenberg is aware of the problem and has tried to accommodate and make the environment more comfortable.

“We tried to provide the teachers in T-wing that are closest with air conditioning units so they can close their windows and doors when things get noisy,” said Steunenberg.

However, despite the accommodations some students still face disturbances.

Sophomore Gustavo Quiñones said, “It’s loud most of the time can’t hear what the teacher says and gets really dusty at times if we leave the windows open also at times we can hear the construction workers talking and often it distracts us.”

Steunenberg does give a heads up to the teachers when there will be lots of noise going on so they can change or plan their agenda due to the circumstances.

While there has been a change to the sound level of the construction since the beginning of the year, no one is sure if the noise will decrease before the end of the project in August 2017.