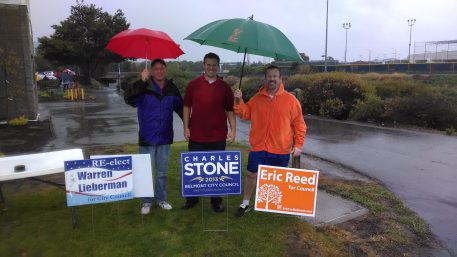 On Nov. 5, local elections were held and several Carlmont students were able to see the results of their hard work.

The winners of the election are as follows:

Over the past few months, many students spent significant time working to support candidates.

Junior James Xie is a member of the Carlmont club Junior Statesmen of America (JSA) and, like other club members, has been very involved in this past election. Xie interned for San Carlos City Council candidate Cameron Johnson and did a lot of canvassing for him.

“While canvassing, I’d give a small speech saying why the candidate [Johnson] is competent and should be supported. Cameron Johnson won the election in second place so I’m satisfied with the results,” said Xie.

Junior Alan Yan, also a member of JSA and a big supporter of Johnson, said, “I ran the field, so I basically coordinated who went out and knocked on doors.”

Yan was particularly pleased with the outcome because Johnson was a challenger running against three incumbents, making it an unusually tough race.

Yan added, “I’m really happy with all the results. I think San Carlos has a good line-up and I think Belmont has a good pro-development council that can get the city growing again.”

Sophomore Max Lieberman put a lot of time and effort into helping his father, Warren Lieberman, with his campaign. Max was, not surprisingly, very pleased with the results since his dad was reelected to Belmont City Council.

He said, “I’m happy with the upcoming council. It should be a good one. I think they all respect one another.”

Max concluded, “With this newly elected council we can only expect positive change.”