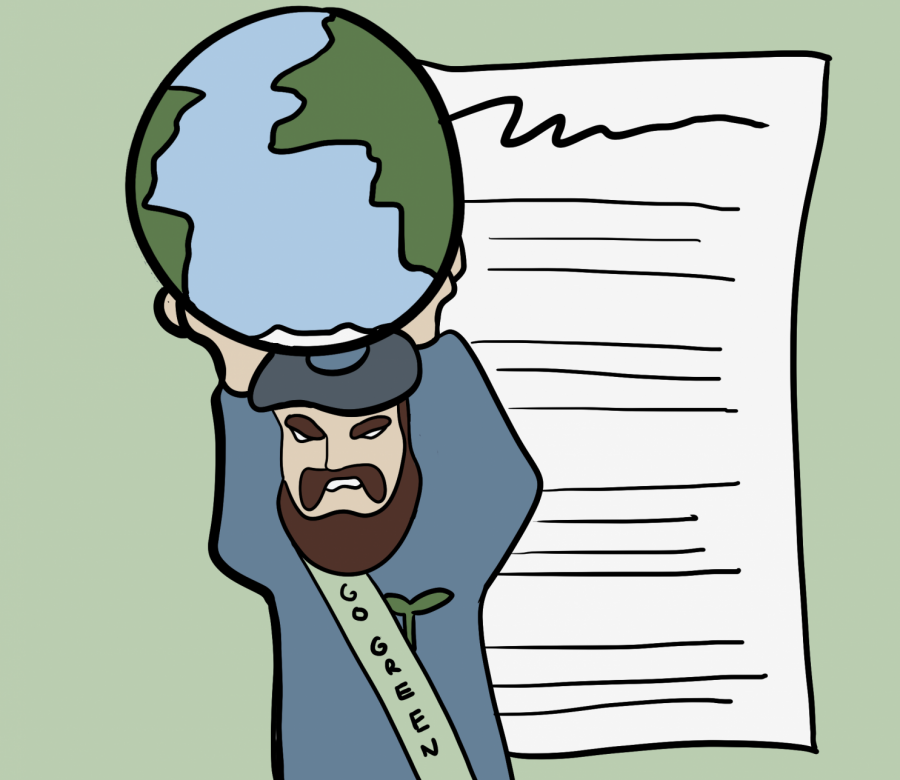 Students at Carlmont High School take part in advocating against climate change. Recently, a petition created by students to the SUHSD pushes the district to spread environmental awareness.

Students demand a climate emergency declaration and resolution in a petition against the Sequoia Union High School District (SUHSD).

“The purpose of doing this was to try to spread awareness within the district about the climate emergency,” said Connie Gong, vice president of Green Team. “Ultimately, [we want] to have the district school board pass a resolution that would affirm that they recognize climate change as one of the biggest threats facing our society today.”

Currently, the petition has a goal of 1,000 signatures and has almost reached half of its objective.

Katinka Lennemann, the petition’s creator, urges governments and school districts to be more conscious of the climate crisis. Lennemann believes her petition will “help in passing greener policies at school.”

“Sign and share the petition to family, friends, anyone; every signature helps! We’d like to bring it before the [district] board early January [of] 2021,” Lennemann said.

Gong hopes that Green Team and other environmental groups in SUHSD would receive more resources with the district’s support.

Funding remains a looming obstacle for many of Green Team’s environmental projects. Kat Nguyen, co-president of the club, believes that the lack of funding is not an excuse to push these projects aside.

Both Nguyen and Gong stress the importance of the younger generations’ presence in the fight against climate change.

“We’re the ones who are going to be affected by climate change the most, and I think that it’s a little bit disappointing that the adults don’t want to address this issue as much as we do,” Gong said. “The burden, to a great extent, falls on our generation to be advocates and leaders in this fight.”

In the past, Green Team worked on projects such as implementing the tri-bin system across campus, introducing students to sorting waste. However, the ongoing pandemic forced the group to postpone their on-campus projects.

Like other clubs, Green Team has taken a massive hit from COVID-19. Once a project-based club, the group has pivoted to a more educational approach this school year, with monthly discussion themes and challenges.

“In terms of academics, I don’t believe Carlmont stresses environmental literacy enough, and I think that Green Team’s role fills the gap that needs to be filled,” Gong said.

Despite the obstacles brought on by the COVID-19 and the struggle for funding, Nguyen has faith in the change the younger generation will bring.

“All it needs is a group of students who will push for it.”