Students prepare for the spring musical ‘The Wedding Singer’ 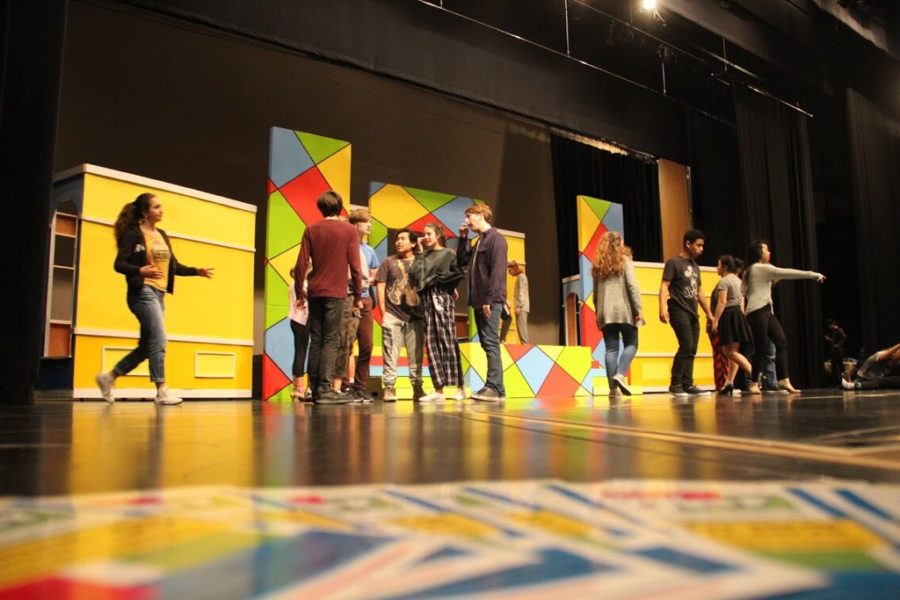 Students in this year's spring musical have been rehearsing after school for about three months.

The bell rings, signaling the end of the school day.

Preparations for this year’s spring musical, “The Wedding Singer,” directed by Stephanie Renee Maysonave, started in early November. Since then, students in the musical have been rehearsing four days a week for up to three hours each day.

“The Wedding Singer” is a romantic and comical musical based on the 1998 original movie. It centers around Robbie Hart, the “wedding singer,” and his experiences with love.

As opening day approaches, musical students continue to practice and rehearse so that they can perform and make the musical an unforgettable experience for the audience.

“My ultimate goal when I participate in a show is to further my skills in acting, singing, and dancing,” said sophomore Eva Espinoza, who will be playing the role of Holly Sullivan. “The audition process is great for this because no matter how the cast list turns out, I am able to get feedback on my performance and use it to improve for my next audition.”

While students like Espinoza want to increase their skills in theatre, sometimes their schedules can conflict with rehearsals. On the contrary, rehearsals can be the key to getting away from all of their stress.

“Rehearsals are rather time-consuming, so finding time for homework gets difficult, especially in the few weeks before the show opens. But in the long run, it isn’t too much of a problem. It’s nice to take a break from the high-pressure environment [from] school for a few hours every day and put all of my energy into something fun,” Espinoza said.

Students acting in the musical aren’t the only ones preparing for the event. The members of the Carlmont Technical Theater Association (CTTA) are working on the stage for the performance as well.

“What we’re doing to prepare for the musical is a lot of things. We’re building all of our set from scratch this year, so we’ve been constructing and painting them on the weekends,” said sophomore Abby Brendza, a member of the CTTA.

Despite the work put into this production, not everyone is aware of it.

“I don’t really know anything about [the spring musical],” said a junior, who requested to stay anonymous. “I haven’t been to many plays or shows. But for the one I have been to, it were really well done, and hopefully I [can] go to more in the future.”

Although some students may not attend musicals or plays often, they are encouraged to watch this year’s musical.

Brendza said, “This musical is really funny and relatable, and there is a lot of crude humor. It should be a blast to watch!”