Students react to the Scotlight 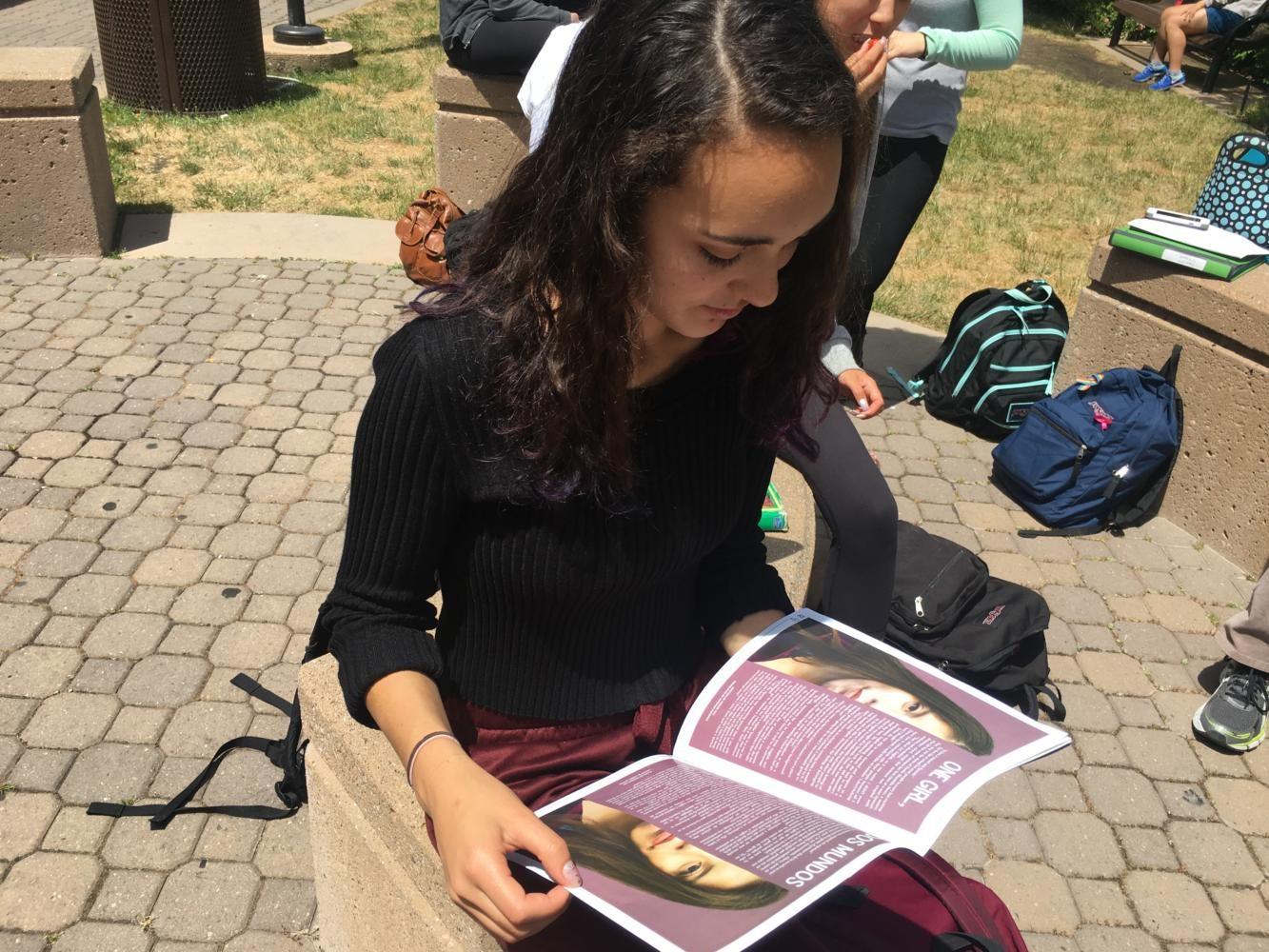 On May 2, Carlmont released its very first magazine, the Scotlight.

Once stacks were brought to classrooms, students were curious to take a look at the new addition.

The buzz about the magazine was all throughout the halls, and some students loved the new addition to Carlmont journalism.

“I liked the magazine a lot. It highlighted a lot of important issues,” said Stephanie Blackburn, a junior. “I think that the Scotlight will appeal to students because it’s more colorful than a newspaper and is a lot shorter. I know that sometimes when I see a long piece of writing, I don’t normally jump to read it so I think the length is perfect.”

New topics and ideas that were not brought up in the school newspaper were a part of the first magazine.

“My favorite article was the one about humans of Carlmont,” said Blackburn. “I love that it’s a twist on Humans of New York and that this gives students a good opportunity to read about people they see in the halls but never get to actually talk to.”

Another article that sparked the interest of many students was “Great Sexpectations.”

“I thought that the article was definitely something different from what we read in the school newspaper,” said Phoebe Father, a junior. “I think the topic of sex is in so many articles, so while it did stand out as something sexual in a school magazine, it wasn’t necessarily a new idea.”

Some students believed that the new magazine was a great idea and that it may be better than the newspaper.

“I think I would rather read the Scotlight over The Highlander just because of how fun the magazine is,” said Georgia Van Amsterdam, a junior. “I love the colors and the unique design of the pages. I think that the writers’ creativity really gets to show through this writing.”

Overall, students enjoyed the Scotlight and liked reading about certain topics they had never thought about or popular ones that are a typical part of high school life.

“I saw so many classmates and friends that picked up the Scotlight, and I think the whole student body is excited about the next issue,” said Van Amsterdam.