Students reveal the hidden importance of the PSAT 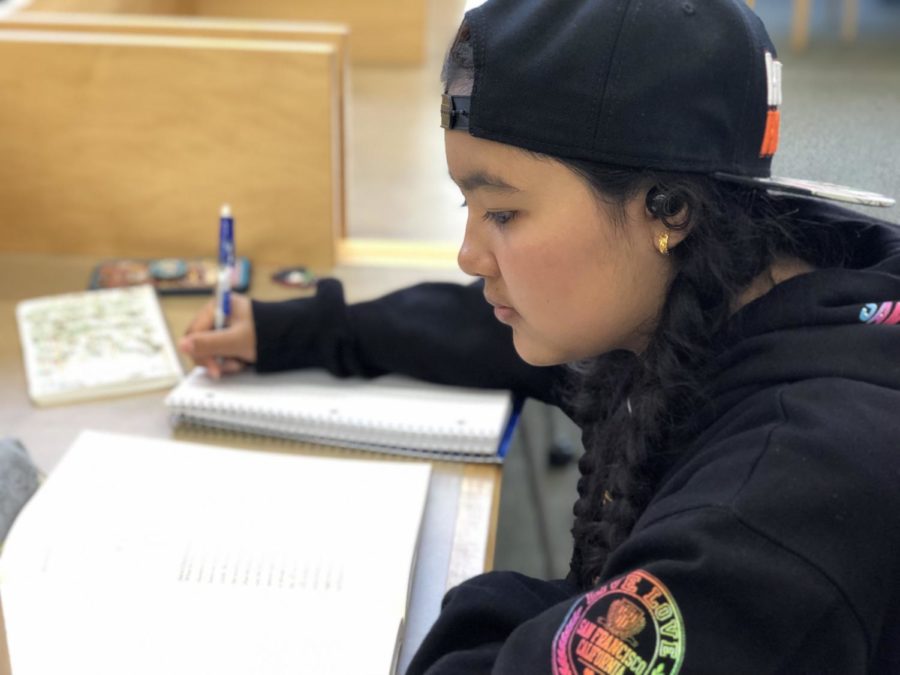 Sophomore Maya Henry prepares for the PSAT using a PSAT prep book from The Princeton Review at the Belmont Library.

The school-mandated PSAT is coming fast, but not all students deal with it the same way.

On Oct. 16, sophomores and juniors will be participating in the Preliminary Scholastic Aptitude Test, widely known as the PSAT. While some students believe that it does not affect them, others believe it is an essential aspect of doing well on the SAT and in college admissions.

“I don’t think the PSAT is going to affect you in any way because you don’t actually get a score. It’s more just so you guys are prepared to take the SAT when the time comes,” said Heidy Bravo, Carlmont secretary for the instructional vice principal.

The PSAT is intended to prepare students for the SAT, a test is used by colleges to determine ability in certain core subjects: math, reading, writing, and an optional essay.

Therefore, some see it as a prime opportunity for practice. Among such students is sophomore Carsen Sasaki who has started to prepare for the test.

“It’s not as important as the SAT, but it’s still extremely important,” Sasaki said. “I just think the PSAT is gonna help you in the long run for the SAT.”

Although sophomores don’t gain any advantage over their peers for doing well, the same cannot be said for juniors.

“As a junior, I suppose the PSAT is kind of important because there’s the National Merit Scholarship,” Alexandra Gische said.

To become a finalist, students must do well on the SAT or ACT too. Of the finalists, a few are chosen to receive the $2,500 National Merit Scholarship.

Such an opportunity has the ability to produce added stress for students.

“When you tell people to do really well, or when they do really well on something, they can lose motivation to try hard,” Gische said. “I’m scared that because I did well, I’m going to have no motivation for the SAT, but on the other hand, it made me realize that I can do well and gave me peace of mind.”

However, Emily Snelling, a senior, does not recommend worrying about the PSAT in any grade.

“It’s not going to make or break your college career. It’s really the SAT that it’s all about. Don’t stress about it,” Snelling said.

As a last word of advice, Allison Hauf, a junior, recommends that students try their best on the PSAT, regarless of whether they believe in its importance or not.