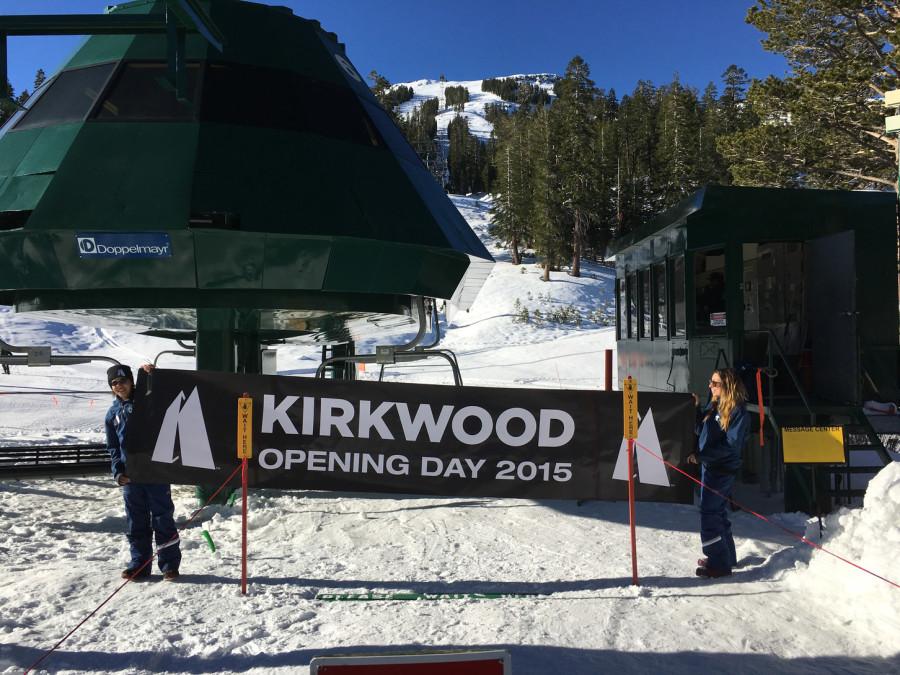 On Nov. 14 Kirkwood Mountain Resort turned on its lifts for the first time this season for about 500 skiers.

Skiing is a sport that has been around since the Last Ice Age and the Paleolithic period, around 43-45,000 years ago, according to an BBC Travel article. The “sport” was originally a necessity, used for traveling and hunting during the frozen winters of Europe and Asia.

Today, skiing is a form of entertainment and enjoyment for many. An estimated 15 million people consider themselves skiers, and that’s just in the United States.

Sophomore Isla Shi said, “I have been skiing every winter since I was eight, and honestly, it’s more of a hobby than anything.”

For others, skiing is a chance to step back into the past and relive old memories. Sophomore Emma Castro said, “Skiing reminds me of my childhood, as I have been doing it for quite a while. Plus, I just really love the snow.”

Still, due to the lack of snow last season, neither Shi nor Castro were able to partake much in the sport. According to Ovidiu Predescu, an expert skier and a resident of South Lake Tahoe, there was a decent amount of snow only at the beginning of November and the end of December, leading to big problems for local winter sports resorts such as Kirkwood and Heavenly.

Despite last year’s meager snowfall, some believe that this winter holds a lot of promise due to the upcoming El Niño, which is expected to be one of the three strongest recorded since 1950.

Castro said, “I really think this is going to be a great winter because the weather seems to be perfect for lots of snow.”

The promise of snow has led others to consider skiing this winter as well. Freshman Rebecca Jiang said, “My dad is planning on taking me skiing this winter, but I’m anxious considering I wasn’t that good when I skied the last time. It’s also quite frustrating because I can’t learn how to do it as easily as I learn other things.”

Another particularly bad skiing experience comes from sophomore Miya Okumura, who started skiing in seventh grade. “While skiing was fun, I had to stop because the elevation made me terribly sick. Also, after falling numerous times and almost running into a tree, you tend to stop enjoying it that much,” she said.

Regardless of the unpleasant experiences some students have experienced, others remain very excited for skiing.

Sophomore Daisha Sherman said, “I have never skied and I have only seen snow once, but it seems like it would be a very fun and adrenaline-filled experience. I would really love to try it.” Sherman later added, “However, my family cannot afford to go, and my dad is incapable of leaving work most of the time, so, unfortunately, I don’t think I will get to ski anytime soon.”

Financial issues when it comes to skiing are not rare. The prices of the ski industry have been gradually rising over the past years, both for lift tickets (which can cost over $100) and for equipment (which can cost thousands).

Another issue of skiing was brought up by Shi, who said, “Skiing [can be] an uncomfortable sport. Not only are you constantly freezing, but the boots are terribly heavy and tight, making your feet numb a lot.”

Despite all of the challenges that might arise Jiang said “…it’s really fun and definitely worth trying.”