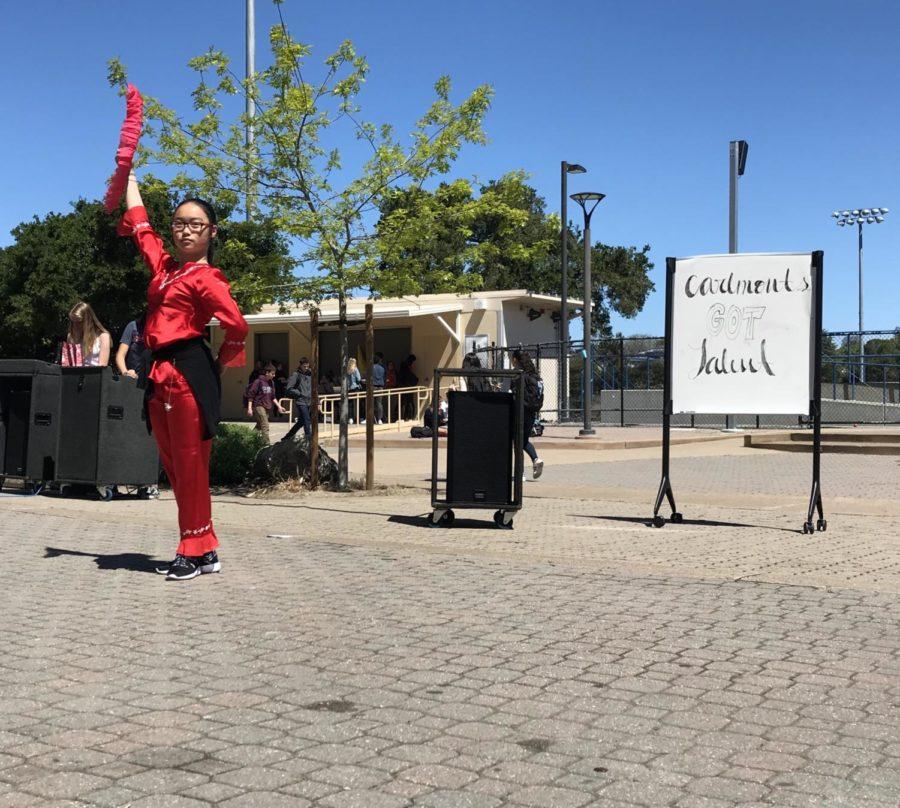 Those were just a few of the many talents that were showcased in Carlmont’s Annual Talent show which was held from April 17 through April 20 in the quad. The show is held to give students an outlet to display their individual talents that may otherwise be hidden.

The event was hosted and organized by ASB. Sophomore Joe Sison and junior Kyle Dimick introduced the performers throughout the week.

Alice Godwin, ASB Spirit commissioner, said, “We put flyers all around the school to try to attract an audience, specifically in F hall because that’s where the Performing Arts Center is. We organized sign-ups and planned the schedule based on [the participants’] availability.”

April 17 was the first day of the event and included performances from Kyle Dimick and a string quartet including Mikayla Cheng, Selena Sun, Yannie Lam, and Jason Liu.

Sophomore Selena Sun said, “ [Performing] was amazing, I feel like our group played together really well and everybody really enjoyed playing. I liked how we get to showcase the many different types of talent that we have here at Carlmont that isn’t usually seen in classes or other extracurricular activities.”

On April 18, sophomores Rachel Amir Chatman and Sam Phan played recorders to the song “Hot Cross Buns.” Another crowd-pleasing performance was made by Sophomore Jabri Perkins who sang “I Believe I Can Fly.”

Chatman said, “I like that [the show] gives students something to do during lunch and everyone comes to the quad to listen to the music and watch all of the performances. Sam and I realized we both had recorders and thought it would be fun to play ‘Hot Cross Buns!’”

On April 19, there were three scheduled performances; however, due to timing conflicts, these performances were canceled.

The final performance of the show was martial artist and freshmen Melody Lin.

Thuse said, “[Carlmont’s Got Talent] was really fun. I love performing; I basically live for it. I think it’s a really good way to show your individual talent to the school.”