Study where your heart is 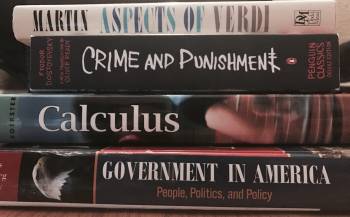 Picking a your college major is a defining life choice. However, some majors are treated with more respect than others.

“The only benefit of a literature degree is that you will be able to write a great suicide note.”

This is what a fellow student said to me after I told him what I planned on studying in college.  I was not fazed by his reply. I am very much used to this sort of rhetoric towards liberal arts degrees, especially since I live in Silicon Valley, yet I can’t help being concerned at the STEM-saturated culture we’re becoming.

The technological world is one of great possibility and fascination. Thirty-nine corporations in the Fortune 1000 reside in the Silicon Valley, and thousands of startups are busting their way into future innovation. High school students are surrounded by this environment, yet some are frankly uninterested in it.

So why are students interested in degrees such as English, history, sociology, or film generally scrutinized in the Silicon Valley? It’s a matter of finances.

According to the National Association of Colleges and Employers (NACE), nine out of the top 10 highest-paying majors are STEM majors. Five of them alone are engineering. This culture brings the liberal arts-loving youth to a predicament that tests the foundations of human nature: the battle between chasing money or your passion.

Some feel that having more money will naturally lead to more satisfaction, no matter what job you have. Yet, a study by the Harvard Business Review shows that there is no correlation between salary and satisfaction.

Even if you’re still not convinced by the whole money doesn’t buy happiness argument, one cannot argue that whatever you major in is most likely going to be completely different from what your job is. A study by the Federal Reserve Bank of New York shows that only 27 percent of graduates had a job that related to what they studied.

Whatever you study in college doesn’t define your life path. Your own happiness is a product of your decisions, so it is natural that you should study what you love. A college is a place of self-discovery — to follow the path of others is to rob a person of themselves.