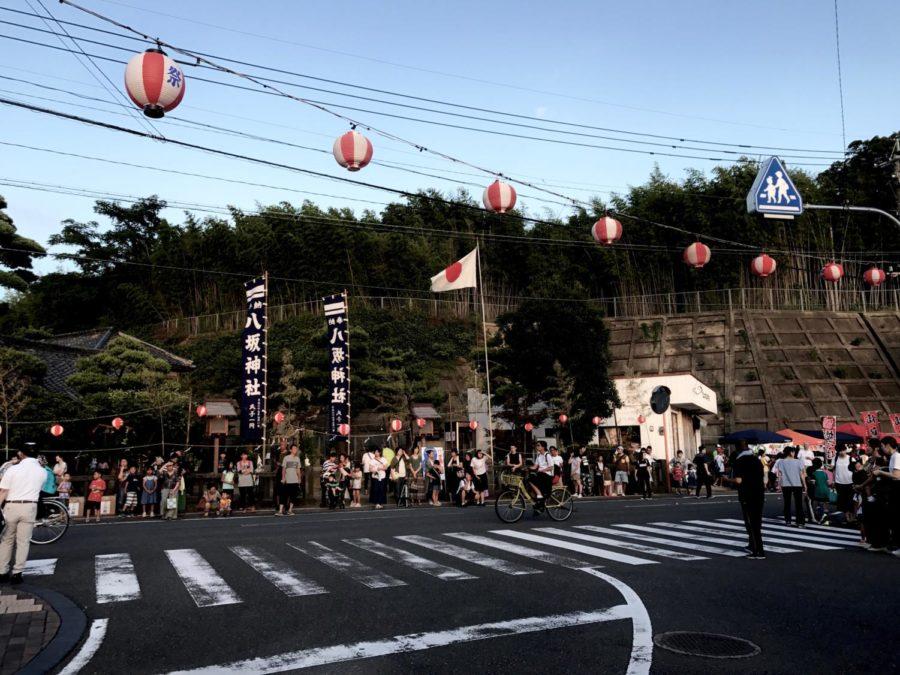 Students who attend the San Carlos Sister City Association's exchange travel to Omura, Japan for two weeks during the month of July.

There are 5,709 miles separating the cities of San Carlos and Omura, but traveling between the two is well worth the absence from home.

In 2012, the San Carlos Sister Cities Association (SCSCA) established sister city relations with Omura, a small city located in the Nagasaki Prefecture of Japan. The goal of their exchange program is to expose both Japanese and American students to a foreign lifestyle, completely different from their day-to-day lives.

Former SCSCA President John Hoffmann, who managed the program in 2017, said, “I believe travel and exposure to different ways [of life] is an essential part of a complete education, and the more of it that happens, the less likely it is for one people to consider another people their enemy.”

For American students, the program consists of a two-week long homestay during July and another two weeks of hosting in August. Students must be of age 16 or older by the time of the exchange to attend, and up to four students are accepted per year.

Having attended the exchange myself in 2017, I have come to understand that the experience offers more than just an educational tour of southern Japan.

As an exchange student, participants are meant to live just how someone their age would live while in Japan. And the lifestyles between the United States and Japan vary immensely.

The differences lie in the fine details. Formerly mundane grocery stores become exotic with the addition of unfamiliar drinks and foods, and signs appear normal until the script reads in a foreign tongue. Houses and apartments trend on the smaller side, and fruits and vegetables are much more valuable in Japan than they are in the U.S.

Being completely immersed in a new culture is one of the primary reasons that students choose to travel.

Emily Koda, now a Carlmont alumnus, attended the exchange in 2016 and appreciated the immersive aspect that the program had to offer.

Koda said, “I particularly enjoyed learning about and experiencing the daily life of a person living in Japan. Well, Omura respectively. I found it very interesting, especially when I compared it to life in America.”

Differences that Koda noted include Japan’s longer school hours (school is in session throughout the exchange) as well as the different dynamic of family life she experienced throughout her visit.

Furthermore, students are given an in-depth tour of not only Omura, but of Nagasaki Prefecture itself. Guides, provided by the city, educate students on the region’s history and culture. I found these trips to be a balance between both tourism and education.

Shimabara City, for example, is a city east of Omura with clean waterways that cut along the streets. The visit there includes a tour of the town and local castle, providing a lesson in the city’s history as well as a display of Japan’s natural beauty.

Students are also taken to the Nagasaki Atomic Bomb Museum to understand the historical significance that the city represents in Japan. It provides students with a more global perspective of Japan and the United States.

According to Hoffmann, that education presents students with the opportunity to better understand the world around them and form their own opinions on prevalent issues — political, social, or otherwise.

Hoffmann said, “Such personal experiences help provide some basis for determining what is right and true in our world of public deception by alternate facts and realities. It promotes critical analysis of what we hear, see, and read so we do not simply accept, as fact, the currently prevailing thinking and attitudes on a subject.”

The exchange also serves to develop students’ social skills, whether that means being more outgoing or learning about the value of modesty. Kai Dirksen, International Relations Coordinator of Omura, believes that the program has a positive impact on students’ social lives.

“Going abroad, even for a short time, often puts into perspective just how much can be accomplished by being a bit more extroverted,” Dirksen said. “I have also had some super outgoing students, and experiencing manners of other countries can steer these young people into well-rounded maturity.”

Applications for the Japanese Exchange are due at the beginning of April each year. The application includes a personal essay and an interview on why the student would want to attend the exchange.

And though the shock of a different lifestyle might be a concern for interested applicants, the transition has proven to be easier than anticipated by previous exchange students.

Elias Wilson, a junior who attended the program in 2017, said, “The cultural change was not very difficult because everyone in Japan was very welcoming and happy to see me learn new things, instead of being unhappy that I didn’t know them.”

So while 5,709 miles across the Pacific Ocean may present a completely unfamiliar way of life, it is, in the end, a beneficial opportunity for high school students to learn about themselves and the world around them.

Dirksen said, “You have not lived until you have lived outside of your comfort zone. A homestay experience is far more than just traveling to another country. It needs the most amount of sincerity, patience, and strength. It is an ultimate test of self.”

For further information on the exchange and how to apply, go to the San Carlos Sister City Association website and contact [email protected] or 650-595-3933.