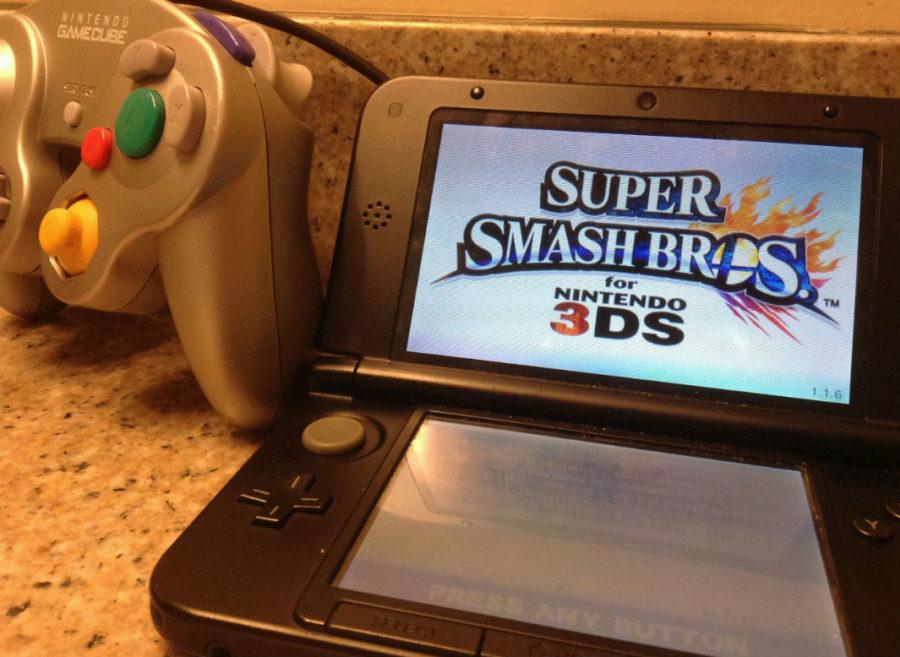 James Bennett uses his 3DS and controller for the Super Smash Bros Club to participate in events, tournaments, and brawls.

The Super Smash Bros Club is gearing up for their next crew battle.

In the club, members play the video game Super Smash Bros on the Wii U. The game is made by Nintendo and is widely popular among wide varieties of people from adults to children. The game consists of many Nintendo characters even from separate games that are able to brawl on many types of terrain that can also be from other Nintendo games. Super Smash Bros can be played as a single-player game but is most known for being a split-screen multiplayer game.

Nintendo is a big part of a lot of people’s lives. Shao started playing video games at a young age with the classic Nintendo DS when he was five. His cousins had many games that he had also wanted and soon convinced his parents to let him buy one. “To this day I thank my cousins because they are they ones that got me into Smash Bros,” said Vice President Brian Shao.

Last year, all club officials had graduated and left no one to run the club after they were to leave.

Regular meetings in the Super Smash Bros Club are simple and fun according to sophomore and member Samuel Manne. Manne said, “We set up and either play one player versus another player or eight player smash. We also play other Wii U games, but not very often.”

Manne said, “We set up and either play one player versus another player or an eight-player smash. We also play other Wii U games, but not very often.”

Super Smash Bros Club also hosts tournaments to face off and see which team or individual player is the best at the game. Typically, they have singles and doubles tournaments.

Manne said, “Singles is a tournament where you play by yourself against everyone — which is typically a total of eight other players — on the top. Doubles is the same thing but you have a partner to help you.”

An upcoming fight, called a crew battle, is going to take place in a few weeks, with the teams are decided by separating the club into two teams with an evenly-split number of opponents. Sophomore and President Fernando Cordoba hopes this help the club get more popular.

Cordoba said, “A crew battle is a tournament of two teams battling against each other until the last team member is victorious. Then that last person standing claims victory for whichever team they participated in.”

The Super Smash Bros Club meets every Tuesdays and Fridays in A10.