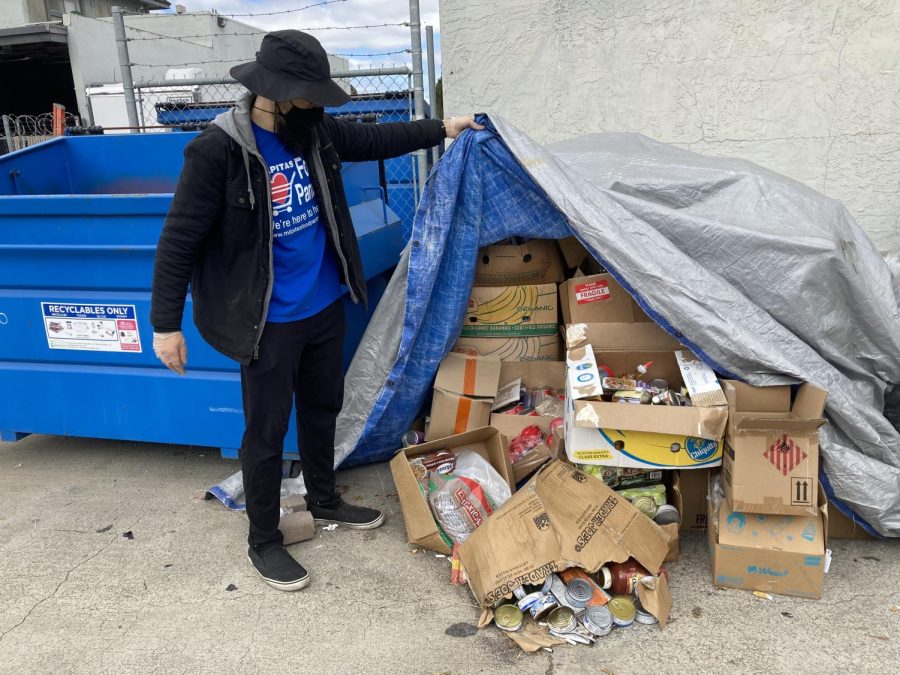 Unsold products from supermarkets are donated to food organizations such as the Milpitas Food Pantry, but oftentimes the items have gone bad and must be composted. "The people we service don't have much to begin with," said Aldo Quintana, a volunteer at the Pantry. "They deserve good food that's not expired."

One in ten Californians goes hungry every day. Meanwhile, 30% to 40% of America’s food supply ends up in landfills each year. Food waste is a global pandemic that destroys the environment and deprives resources from people in need.

The distribution and manufacturing process lies at the core of the crisis, with commercial food loss responsible for 61% of wastage.

Wasted consumer goods are also a significant concern for food insecurity. An estimated 40% of adults in California do not have enough food to eat, and food rescue could offer much-needed relief to millions of people.

“There are people in our cities that have a hard time affording groceries every week,” said Kai Xiong, a sophomore and member of the Carlmont Green Team. “Out-of-date food from supermarkets could easily be handed out to struggling families, but many times it’s not.”

Government efforts to resolve the issue began in 2015 when the U.S. Department of Agriculture (USDA) announced the 2030 Food Loss and Waste Reduction Goal, which aims to halve food waste by 2030.

In recent years, many corporations have developed food rescue programs to aid in the Waste Reduction Goal. For example, Costco Wholesale hopes to divert 80% of its waste away from landfills through source reduction, donations to food rescue organizations such as Feeding America, and industrial uses.

Costco is not the only food retailer to initiate food recovery policies. Assistant Store Director David VanWyte says the local Lunardi’s donates hundreds of dollars worth of bakery items to Second Harvest Food Bank every week. The majority of other products are sent back to warehouses when stores can no longer sell them.

“It really comes down to liability. The warehouse has a policy, and they do the donating from there,” VanWyte said. “I believe stores are doing everything within their limitations to minimize waste.”

Although stores make an effort, the reality proves less than ideal. After 25 years of food rescue work, Milpitas Food Pantry terminated collaborations with Second Harvest’s grocery programs in January. Executive Director Karen Kolander explained that the delay in getting from grocery stores to food pantries meant a lot of food had already expired or gone bad before it could be given out.

“It just wasn’t worth our time and energy to pick up stuff that we’d end up composting or dumping,” Kolander said. “We’d get seven crates of bananas that should’ve been given out a couple of days earlier or artichokes that were all dried up and crusty.”

Instead, Milpitas Food Pantry purchases its own food or receives private donations from things like food drives. They are also working on a community-operated compost program to deal with the sheer amount of waste.

“Obviously, products don’t magically become poisonous after their expiration date. We don’t give expired products to our clients out of respect and courtesy. Instead, we make expired food available to animal farmers, or we hope the community will help compost it,” Kolander said.

Food retailers can do much more than donate unsold products. Costco’s business model of selling in bulk to lower costs causes much more consumer waste than necessary. Customers do not have much say regarding product packaging, so it comes down to the manufacturers and retailers.

“People buy far more than they need because it’s cheaper to buy in bulk, and then they end up throwing away what they can’t eat,” Xiong said. “Corporations are the ones that control the supply of products. They have the power to completely cut off the purchase of wasteful products by removing them from store shelves altogether.”

The food waste crisis takes time to resolve and requires efforts from all sides. Consumer waste still accounts for the majority of food in landfills, so conscious spending and composting are just as important as source reduction and donations.

“Although there are always setbacks, we are still making strides in food waste reduction,” Xiong said. “I have a lot of hope that there will be less food waste and insecurity in the future.”