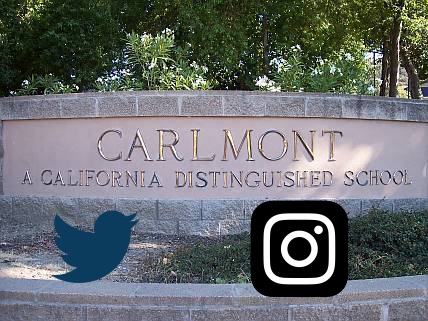 Social media has a large presence in student society as a place where many can express themselves in any way they want. Should schools have the power to exhibit rules on the platforms?

As one of the traditional pillars of a democratic society, freedom of speech has faced constant attempts to define and redefine its parameters.  This is especially true regarding the free speech rights of students.

On April 28, the Supreme Court debated a case in which Mahanoy Area School District cheerleader Brandi Levy was suspended from her team for the season due to a Snapchat post profaning the team.  The two lower courts that saw this case both upheld the standard set in Tinker v. Des Moines (1969) and reversed the suspension.’

Tinker v. Des Moines concluded that schools are only allowed to punish students if their speech disrupts the learning environment.

Using Tinker’s result as their support, Levy’s lawyers from the American Civil Liberties Union of Pennsylvania (ACLU) argued that her comments were outside the school’s jurisdiction, as the posts were made both off-campus and during after-school hours.

Witold J. Walczak, the legal director of the Pennsylvania branch of the ACLU, pointed out that the ramifications of allowing schools to have substantial control over students’ lives off-campus may be far-reaching.

“If you are a public school student, you are subject to this restriction wherever you go at any time of day,” Walczak said. “This would be a tremendously dangerous restriction on the free speech rights of young people.”

Walczak posits that schools should not have any jurisdiction outside of school-run events or groups.

The Mahanoy Area School District disagrees with this standpoint and is challenging the previous rulings in the Supreme Court.  The district argues that the standard Walczak wishes to set would drastically limit schools’ ability to combat cyberbullying.

Furthermore, the cheerleading coaches and school administrators point out that with the quick spread of sentiments and statements on social media platforms, student actions outside of school can easily disrupt school-facilitated activities or the learning environment.

“[The question of how to apply Tinker to off-campus speech] has become especially acute because social media has made it far easier for students’ off-campus messages to instantly reach a wide audience of classmates and dominate the on-campus environment,” the Mahanoy Area School District lawyer said.

The Justices have generally shown sympathy for Levy, stating that the school’s punishment may have been too harsh.  However, they still acknowledge the complexity of this case regarding setting a standard for the distinction between online activity inside and outside of schools’ jurisdictions.

“That sharp line I think you’re trying to draw between on-campus and off-campus, how does that fit with modern technology? If a text or a snap … is sent from the park and it’s read in the cafeteria, is that off-campus or on-campus?” Roberts said.

The dilemma Roberts points out is one with far-reaching implications, as both the world as a whole and the younger generations are getting more entwined with the internet.

“The more enforced positivity may be good for campus life, but I think students would also feel less free.

Lawyer and Carlmont High School track coach Jason Wacha views the cases ties to COVID-19 and the internet with intrigue.

“I think this case is kind of fascinating for one particular reason: it implicates COVID-19 and distance learning. In my mind, the general legal landscape around student free speech is, if not settled, at least fairly consistent. But the seminal case in this area was decided in the 1960s. This was when social media was essentially standing on a box in a public square,” Wacha said.

As Wacha mentions, while past student expression might have been wearing black armbands, students now post comments on the internet that reach massive audiences.  The difference in the times makes creating a standard all the more difficult.

Some students support students’ freedom of speech and expression through social media, such as Joshua Lin, a freshman, who argues that social media and school should be completely separate.

These principles of freedom for students are what was affirmed in Tinker v. Des Moines, as much of today’s younger generational society revolves around such liberties. Megan Li, a sophomore, agrees with Lin’s idea that social media and education are meant to be separate.

It is known that social media companies have systems in place to identify hateful misconduct and content on their platforms; however, such issues persist regardless of this intended supervision.

Rather than whether students’ freedoms are breached, the court’s debate remained to be whether or not comments on social media impede the on-campus environment and functionality. This alternate viewpoint is another issue many would view as worth considering with this case.