Survival of the fittest: The presidential election is not a business 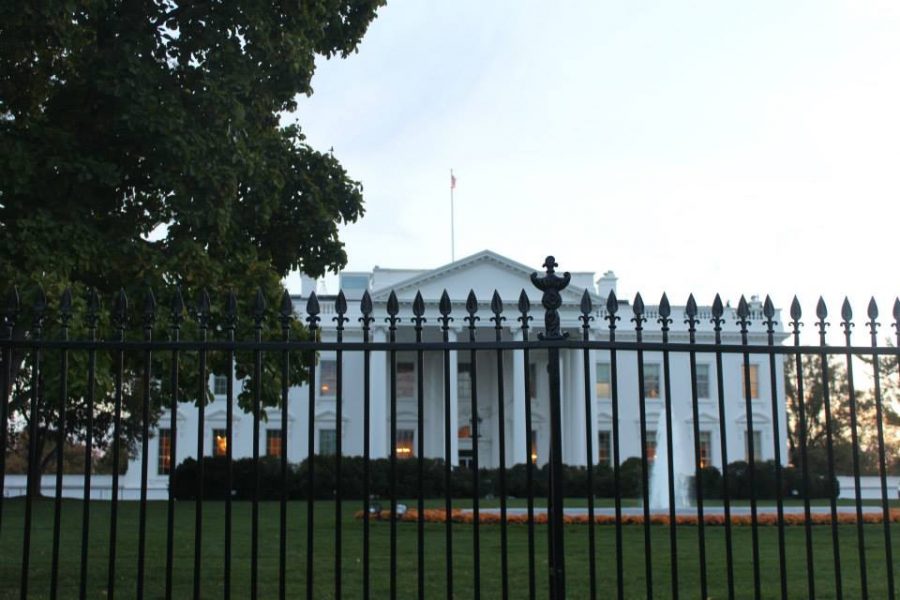 In the first presidential debate, Clinton and Trump argued over whether or not the United States should still maintain its support of other nations without charge.

In the job market of the 21st century, many Americans agree that competition makes the work environment a cold-hearted dog-eat-dog world.

To ensure their own survival in the workforce, workers will do whatever they can to be better than their neighbor. Whether it be sabotage or incrimination, no act is ruled out as the ideal of “morally right” is quickly replaced by the mindset of the “current moment.”

The main problem of this business mindset is the thought of “What can I get out of this?” Almost a basic instinct to all in the workforce who seek high status, this feeling preaches to Americans that if they do something well, it should be turned for a profit instead of being done for free.

But in the context of how a nation should be governed, such a mindset is wrong.

America has a duty to protect the other nations that it promises its support to. As First Lady Michelle Obama said, “your word is your bond,” and we have a duty to help those who we have promised it to.

When Donald Trump first mentioned the idea that Americans should charge other countries for our support in the presidential debate on Sept. 26, many Americans were astounded.

Trump claimed that other nations, specifically Israel, Saudi Arabia, Japan, and South Korea should pay for the United State’s aid against common enemies. Such a claim is unacceptable considering that this statement indicates that our allies have not done their part in the fight against both terrorism and hostile regimes.

However, there shouldn’t even be a thought of taking money from our allies.

Despite the fact that the U.S. has provided foreign aid for years to other nations, these groups shouldn’t have to buy the support of the United States. We have already promised it out of good will. And unlike a business contract, there are consequences on an international scale for breaking that promise.

Another similar fault of Trump’s performance was his request for other nations to solve problems for the United States.

When asked on how to deal with the nuclear issues in North Korea, Trump called for China to solve the nuclear crisis on its own, saying, “China, this is your problem. You solve the problem.”

The statement made by Trump is simply unheard of from a presidential nominee. In previous debates, a candidate has never placed a U.S. conflict into the hands of another authority or much less placed blame on allied superpowers.

However, Clinton’s behavior was not that much better.

While news sources and political analysts agree that Clinton had the more reasonable argument of the two, it was disappointing to see how she chose to goad Trump into an off-topic argument instead of directly explaining the flaws in his ideas.

Similarly, the policies that she did elaborate on did not give voters any new information that was not already on her campaign page. Clinton should have instead taken the risk of her policies being criticized by giving new information.

Because of this, the debate had no clear winner.

If the goal of the candidates was to attract voters, they were largely unsuccessful. Both candidates were given a chance to make headway by explaining the benefits of their policies and soothing voters’ doubts, but they chose to attack the other’s character.

In short, the nominees did make a few noteworthy points. The only problem was that these ideas were not pushed hard enough to dislodge voters from either party or the undecided.