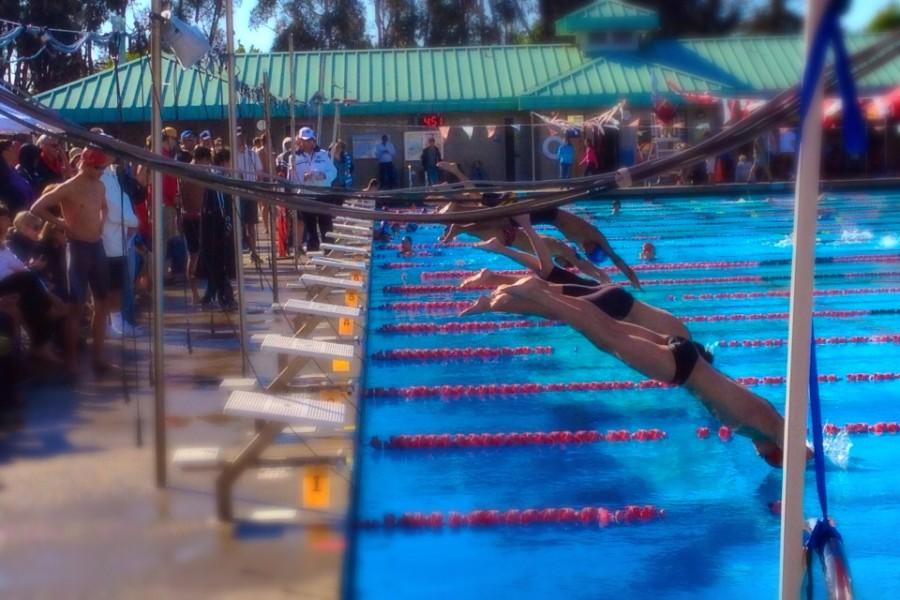 Carlmont varsity and junior varsity swimming made it onto the podium at the 2014 Peninsula Athletic League (PAL) Finals on May 10.

The JV Scots went into the finals with hopes of sticking close to fierce competition.

Sophomore Chelsea Stewart said, “We are expecting to do well because we’ve been working really hard.”

Stewart and other team members have been working on improving more and more every practice to get ready for this final meet. In the past meets, the swim team had faced real competition and they knew they were going to see serious teams again at these 2014 PAL finals.

Stewart said, “Our goal was really to stick with Menlo-Atherton, but none of us are sure which way it was going to go at the finish.”

The races between Menlo-Atherton and Carlmont were very high-energy. Both teams had members screaming and cheering throughout the duration of the races, going on for the entire competition.

Junior varsity swimmer sophomore Jason McGee said, “It’s really between us and Menlo-Atherton. We’re hoping that we can beat them.”

Every race between the Menlo-Atherton and Carlmont teams was a battle. Both teams were pushing each other at every moment of the competition.

While the JV boys strove to beat MA at PALs, the Carlmont 200 medley relay team made up of sophomore Lukas Kelly, junior Dante Amigone, freshman David Vondran, and junior Zach Govani were also working towards meeting a goal of their own. In past meets, this 200 medley relay team had come as close as one second off the school record.

At the PAL Finals they finally broke that record by three seconds, with each team member setting new personal records.

Kelly said, “It was really great. We’ve come so close in the past and, now, we finally did it this time.”

After everything, boys junior varsity came in second with 495 points, also behind Menlo-Atherton who scored 579 points. Girls and boys varsity both came in third, behind second place Menlo-Atherton, and the Burlingame High School champions.