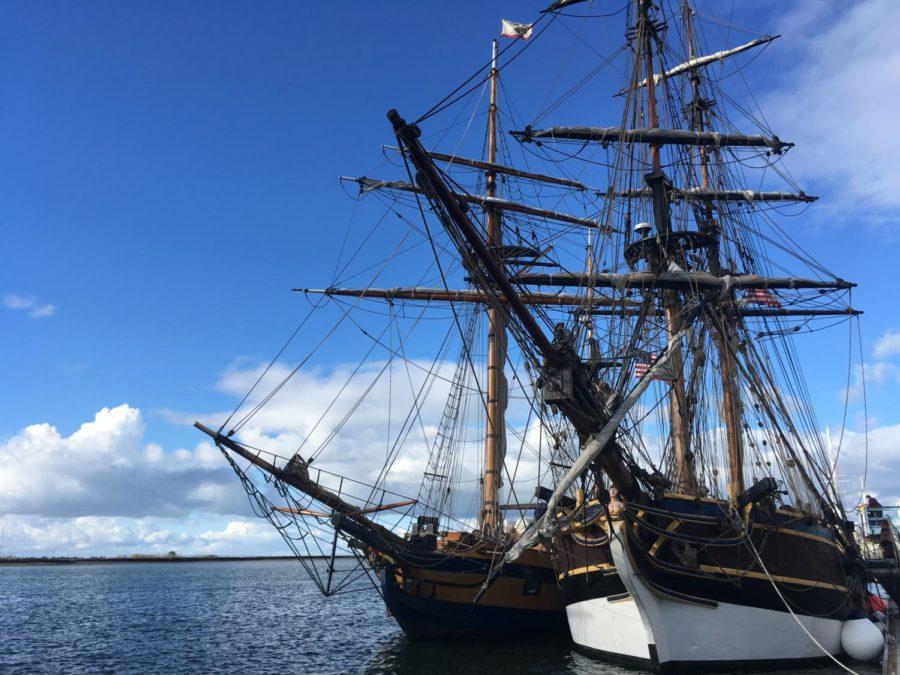 History comes alive in the Port of Redwood City.

On March 9, Lady Washington and Hawaiian Chieftain made land in the Port of Redwood City Municipal Marina.

The tall ships sail up and down the west coast, stopping at ports in Washington, Oregon, and California around the year to offer vessel tours and sailing experiences. These activities are aimed to teach the public about the history and mechanics of the ships. In addition to tours, GHSSA opens its ships to field trips for 4-6 graders.

“It gives students a chance to get out of the class for a day and experience a cool way to learn,” said Emma Bilski, Lady Washington’s Program Coordinator.

Kids can experience the life of a sailor as well as learn about maritime trade and navigation. In addition, they participate in activities such as setting the sail and handle the ships’ lines and ropes.

“It’s a way for young people to feel and become strong,” said Bilski.

Visitors can also learn more about the history of the ships, such as the Lady Washington, which is a full-scale replica of the original Lady Washington. The original ship was a revolutionary war brig that was refit to haul cargo for trade in 1787.

Her trade route started in Boston, where she was loaded up with manufactured and manufacturing goods such as iron tools and goods. She then sailed around Cape Horn to what is now Washington where the manufactured goods were traded for primarily otter pelts. She then sailed to Hawaii where the crew gathered supplies and set off for China. There they traded the pelts for goods such as tea, spices, and silk. She eventually returned home to Boston where these goods would be sold for a profit, and the cycle would begin again.

At the time, the ship’s crew was about 11 men and today its crew is around 10-15. The crew consists of experienced sailors and volunteers who maintain the ship and its programs.

“It’s like a living organism—it has its own culture,” said Mark Galipeau, a volunteer on the ship.

Lady Washington and Hawaiian Chieftain make annual trips up and down the west coast with their next stop being in Oakland, CA.

“It’s important to keep old traditions alive and have an appreciation for the craftsmanship and knowledge of the past,” said Bilski.