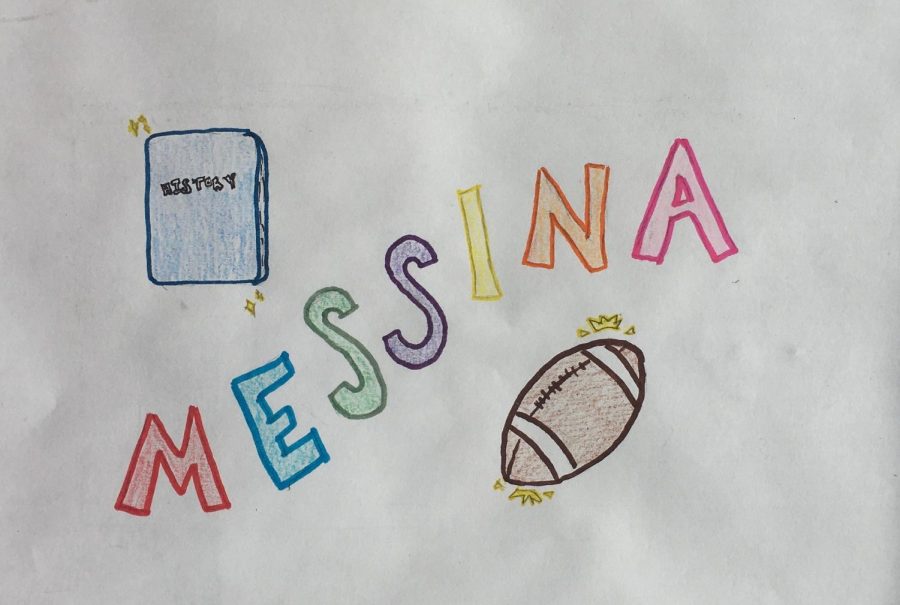 After four years of teaching history and coaching the varsity football team, Jake Messina is planning to move to Roseville, California.

Jake Messina — head football coach and beloved history teacher — will be leaving at the end of the school year. He is moving to the Roseville area near Sacramento, California, and will continue to coach and teach there. However, after four years of working at Carlmont, many students are sad to see him leave.

“I think Mr. Messina is a great teacher. He makes class fun, even when it’s zero period,” said Katelin Kwan, a freshman currently enrolled in Messina’s Modern European History class. “I’m sad that he will be leaving this school.”

Andria Trierweiler, a sophomore who had Messina as a teacher last year, decided to clerk in his class this year. Both in and out of class, Messina uplifts everyone, even the clerk, with his kindness and humor.

“Mr. Messina is a great teacher that has a sense of humor that no other teacher of mine has. He is a great football coach. He’s led the Scots to many victories in the years that he has coached,” Trierweiler said. “I’m sad that he is leaving because he is a very kind person and teacher that anyone could talk to.”

Along with influencing students in the classroom, Messina has also had a significant impact on students on the field.

“Mr. Messina was a good teacher and football coach. He was a stand-up guy who always wanted the best for everyone,” said Max Lee, a senior who has been on the varsity team for two years.

Kwan, Lee, and Trierweiler are only a few of the students that Messina has taught and coached throughout his time at Carlmont. Just this year, he has taught five periods of history to around 130 students and coached upwards of 40 students on the varsity football team.

“My favorite part about teaching and coaching is the interaction, of watching the kids improve,” Messina said.

But according to Messina, the high point of his time at Carlmont was when his coaching paid off. In a stunning victory last year, his team won against Independence High School’s football team.

“I think beating Independence in San Jose was the highlight of my time here,” Messina said. “They were undefeated, so going there and beating them and making it to the sectional, that’s pretty significant to me.”

And although Messina will be leaving Carlmont, he hopes to continue doing what he loves at other schools. He will still cherish all the memories he made at this school over the past four years.

“I think wherever I go, and whatever I end up doing, I have treasured memories of being here and the success we had,” Messina said.