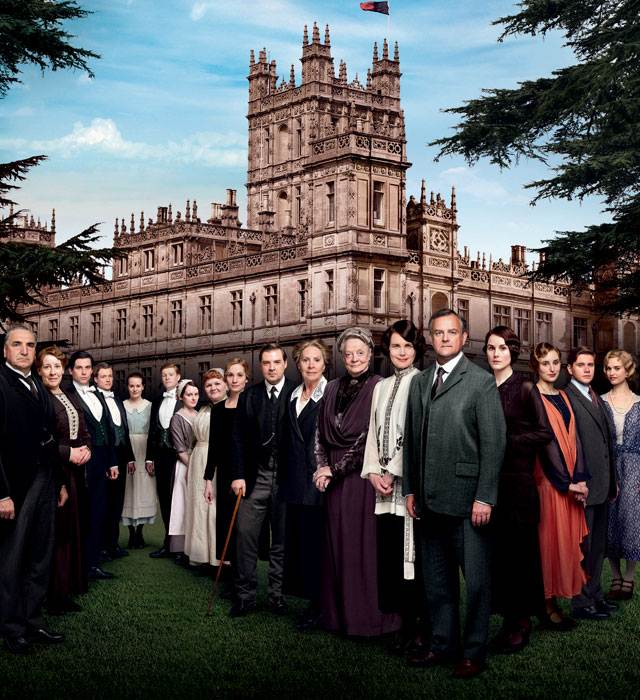 The two-hour season premier of “Downton Abbey” was an emotional rollercoaster for characters and viewers alike.

The Emmy award winning TV show “Downton Abbey” follows the aristocratic Crawley family and their staff through all of their daily struggles and experiences in 1920s England.

The fourth season of the PBS Masterpiece series, which aired Jan. 5, picked up six months after the death of one of the main characters, Matthew Crawley. His widow, Lady Mary Crawley, played by Michelle Dockery, was understandably heart broken and in mourning, while still trying to be there for their 6-month-old son, George, for the majority of the premiere.

Mary Crawley’s character exemplified the upper class lady of the time, but with just the right amount of outspokenness to make her likeable by a modern audience. Dockery played Mary Crowley so well that although she did not directly express her emotions over her husband’s death until later into the episode, the pain she felt was tangible.

Going through a similar struggle was Matthew Crawley’s mother, Isobel Crawley (Penelope Wilton). A widow with her only son dead, she felt lost and that she had no worth in her life.

A quote that put a lump in my throat was when Isobel Crawley said, “But, you see, when your only child dies, then you’re not a mother anymore. You’re not anything, really. And that’s what I’m trying to get used to.” Just through Wilton’s expressions and the tone of her voice I could practically feel the devastation and hopelessness her character was experiencing.

In the second part of the episode, Isobel Crawley found purpose by helping an estranged friend of the Crawley family butler, Mr. Carson (Jim Carter).

Part of what made this such a unique episode was that there were so many side stories that all seem equally important to the  overall plot.

Perhaps it is because I have been an avid “Downton Abbey” fan since I first found the series on Netflix, but the brilliant cast and realistic script, written by Julian Fellowes, make for the best historical fiction series I have ever had the pleasure of watching.

“Downton Abbey” airs on Sundays on PBS at 9 p.m.