Teens need to get jobs 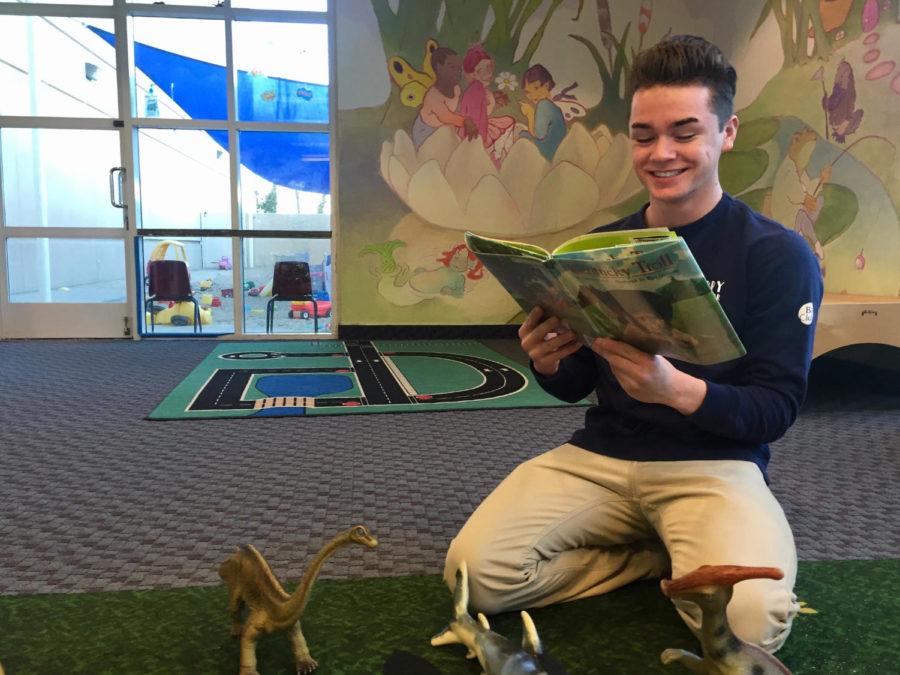 Ryan Huskey, a junior, reads to toddlers as a part of his job as a Childcare Associate at the Bay Club in Redwood Shores. "I love my job because it better prepares me to become a parent in the future," said Huskey.

It’s a Friday afternoon, and you’re about to leave for the mall with your friends. You turn to your parents for your usual 20 dollars — but wait, you’ve just received your paycheck; you’ve got it covered.

Teens today should be able to relate to this.

Entering the workforce as a teen is an opportunity for teens to develop various life skills necessary to become competent college students and young adults.

According to the National Center for Biotechnology Information (NCBI), “Employment helps [teens] develop a wide range of beneficial attributes, such as the capacity to take responsibility, develop time-management skills, overcome shyness with adults, and handle money.”

Many teens are lacking in the responsibility category and holding a job would address this problem.

Having to show up and be on-time to work when scheduled creates habits for teens that translate into the so-called “real world,” such as when college students have to wake and get to class themselves.

According to studies by UC Merced, “Compared to students who do not work, students who work a modest number of hours per week will, on average, have higher grade point averages, graduate at a faster rate, are less likely to drop out, and have more job skills to include on their resumes.”

Holding any kind of job in high school also helps teens develop interpersonal skills, such as communicating with managers, co-workers, or customers.

Furthermore, being able to maintain professional relationships with people at work as a teenager fosters the ability to do so in future jobs during adulthood.

In addition to this, by receiving regular paychecks, teens learn about personal finance. With some help and guidance from their parents, they can learn the basics of budgeting and how to use money responsibly.

According to TIME, “In a mere two years, the proportion of teenagers who expect to be financially dependent on their parents until their mid-20s has doubled.”

Budgeting is a skill that will benefit high schoolers in college and will prevent young adults from being financially dependent on their parents.

So kids, get a job. It will only help your future.