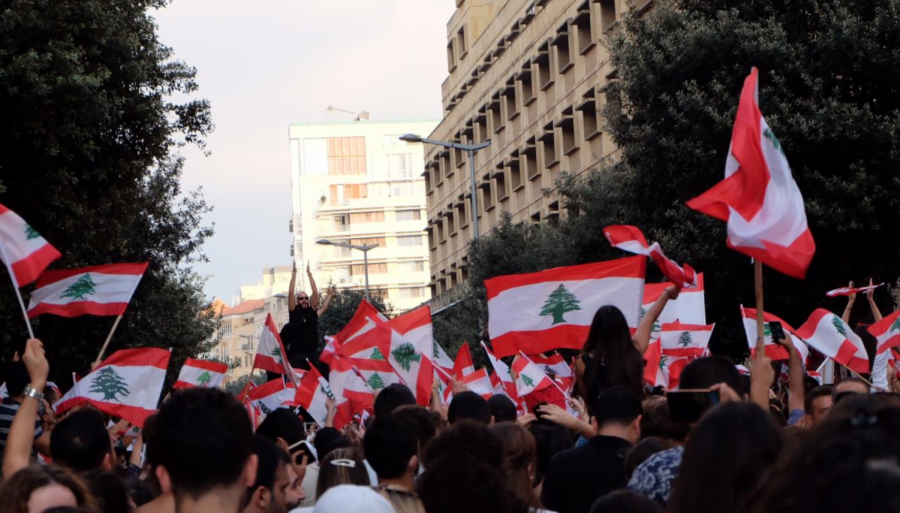 Lebanese citizens fill the streets and wave the Lebanese flag in protest of taxes on internet-based calls.

Fourteen-year-old Yara Moawad wakes up early on a Monday morning. She brushes her teeth and gets ready for school, only to find out that it had been canceled again — for the fourth week in a row.

She tries to text her friends, but the connection is too weak.

She wants to go out, but she can’t. All of the roads are closed.

The streets of Beirut, Lebanon, have been jammed with protesters since Oct. 17, 2019. The protests initially began with a small number of people. However, the movement has dramatically grown to become the biggest anti-government protest in Lebanon since the civil war ended in 1990, according to website Foreign Policy.

“The Revolution ignited sister protests in over 50 cities around the world such as Los Angeles, Dublin, Sydney, Stockholm, Vancouver, Michigan, Paris, Geneva, London, and many more,” said Cristina Saddi, a 14-year-old girl who lives in Beirut.