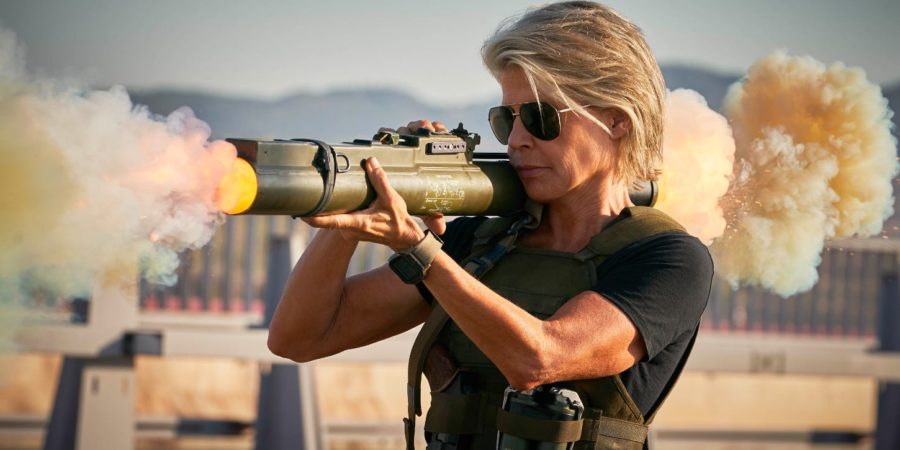 WARNING: This review has minor spoilers for the 2019 film “Terminator: Dark Fate.”

“Terminator: Dark Fate” proved itself to be nothing more than a CGI-focused cash grab, dedicated to the possibility of another sequel.

In the past 10 years, Paramount Pictures has released three “Terminator” movies, and each of them has bombed in the box office. One would think that, after 10 years, a corporation as big as Paramount would learn its lesson. Unfortunately, this is not the case.

However, although a lot of the movie was terrible, it did have a few bright spots.

One of these was Arnold Schwarzenegger’s performance. As always, he did an excellent job playing T-800. His combination of comedy, nostalgia, and, well, being his old self, led to an amazing performance.

Another highlight was the action shots that — along with the CGI — made the movie watchable.

One could tell that out of the about $200 million spent, a decent amount of was spent on CGI. Although it was visually great, they could have invested in other aspects of filmmaking, such as camera work. The first two “Terminators” didn’t have the same effects as “Terminator: Dark Fate,” but they still managed to look much better.

When the first two Terminators came out, the audience was sitting on the edge of their seats.When this movie came out, that feeling was gone.

The movie didn’t feel genuine or original. Overall, it was just a bad remake of the first Terminator. This was partly because they tried to use the same formula as they did for the original, but after seeing the original so much, it just seems like the same version with some edits.

One twist that diverged from the original is when it is revealed that, unlike Sarah Connor, her terribly-written counterpart, Dani Ramos (Natalia Reyes), is not mothering a child that will save the world, but is rather the savior herself. In the context of the movie, this just seems cheesy and unnecessary.

When Dani is told by Grace — her guardian sent from the future — that she was the leader, she went straight into authoritarian mode. This not only felt unnatural, but also rushed. There was no development that led up to her suddenly saying, “I’m not going to run, I am never going to run again. I am gonna stay here, and fight. We are going to set up a kill box, and take out whatever that thing is.”

Forced lines like these made the movie hard to watch.

I expect the series to say “I’ll be back,” and come back with another — hopefully not as terrible — sequel.

Overall, I recommend this film to those who favor action more than character performances or dialogue, as those are the only things this movie has going for it.