The 2014 Brit Awards continue to entertain

The Brit Awards Show honors the best in British music for the year. Similarly to the American Grammys, a Brit award is the most highly renowned award achievable for music in Britain.

The 2014 Brit Awards were held on Feb. 19 at the O2 Arena in London. The audience was packed with celebrities, and music fanatics all excited to see who would be acclaimed the best in various musical categories for the year. 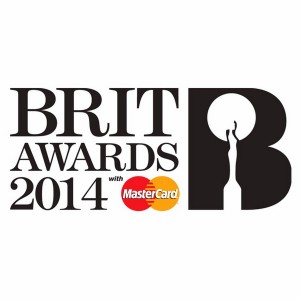 Hosted by James Corden, the 2014 Brit Awards was definitely entertaining, despite the fact that it received one of it’s lowest rated broadcasts in it’s history. The celebrity appearances certainly didn’t disappoint, and the exciting element awards shows are known for was definitely present.

A Brit Awards Show would not be complete if it weren’t for the quirky humor. This year, following the annual tradition of an onstage “snog,” Corden and radio host Nick Grimshaw got to carry out that tradition. Grimshaw followed the kiss by telling Corden to leave his wife so he could have him for himself.

The “British humor” that is so well known and loved continued when Harry Styles from One Direction was late when accepting the Global success award because he had to “go for a wee.” After Styles sprinted onto stage to join the rest of the band he jokingly said “the toilets are ages away” and then continued on to make an acceptance speech.

It appears as though acceptance speech mishaps were a common trend throughout the night, with others including Alex Turner of the Arctic Monkeys purposefully throwing the microphone on the floor, and Corden running up to take a “selfie” with Prince in the middle of his speech.

As usual, the Brit awards were plentiful with the biggest names in entertainment. With red carpet appearances from One Direction, Pharrell Williams, and Ellie Goulding and performances from Katy Perry, The Arctic Monkeys, and Beyonce, the show had entertaining written all over it.

The Arctic Monkeys opened the awards show singing their hit song “R U mine?” with flawless vocals and confident stage presence. The performance was complete with pyrotechnics and Turner singing lead vocals and playing the electric guitar at the same time.

Beyonce made a surprise appearance when she walked onstage in a stunning sequin gown singing her song “XO” to a dazzled audience. It was a well done performance with staging being simplistic. Contrary to the staging however, Beyonce showed off her renowned vocal talent, impressing viewers as usual.

The 2014 Brit Awards was certainly a success despite the low television viewings. It had  the right amount of humor, energy, and talent all of which made the show enjoyable and entertaining.