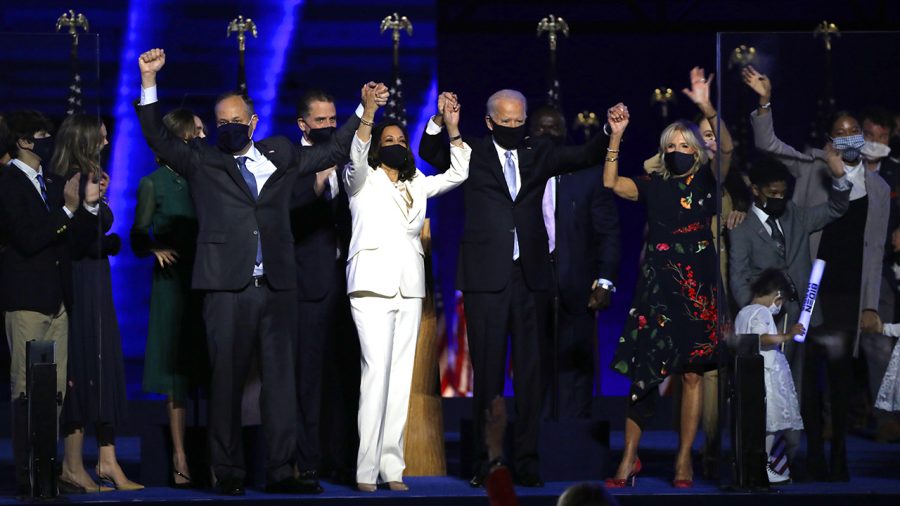 On Nov. 7, in the early hours of the morning, news sites began to announce what all American voters were waiting for. The results were in, and a suspected win in Pennsylvania made it official: Joe Biden was elected the 46th president of the United States of America.

The journey to Biden’s Saturday morning victory began on Nov. 3rd, the official 2020 election day. As ballots started coming in, it became clear that the election would be very close.

On Nov. 3, Donald Trump took control of key swing states Texas, Utah, and Florida, giving him an early advantage. Ultimately, Trump maintained a lead in these states throughout the election.

As Americans went to bed Tuesday, they had no idea what they would wake up to. Overnight, Wisconsin and Michigan flipped in Biden’s favor. Throughout the next few days, Arizona, Nevada, Pennsylvania, and Georgia slowly counted the votes.

Biden later proceeded to win Arizona, an unforeseen event for the state, which tends to swing republican.

“For just the second time in more than seven decades, a Democrat will carry Arizona in a presidential election, a monumental shift for a state that was once a Republican stronghold,” said CNN of Biden’s win in Arizona.

Biden has 306 total electoral college votes after winning Nevada and Georgia days after polls closed. This puts him well over the needed threshold of 270 electoral votes.

Also, this election marked the highest voter turnout in over a century. A voter turnout this high hadn’t occurred since 1908 when William Howard Taft was elected president.  Biden also received the highest number of votes ever recorded in U.S. history. Many researchers have attributed this to mail-in voting being more accessible due to the COVID-19 pandemic. In California, all registered voters were automatically sent a mail-in ballot; many other states took similar measures.

Overall, the 2020 election proved to be a memorable one.

Made with Visme Infographic Maker