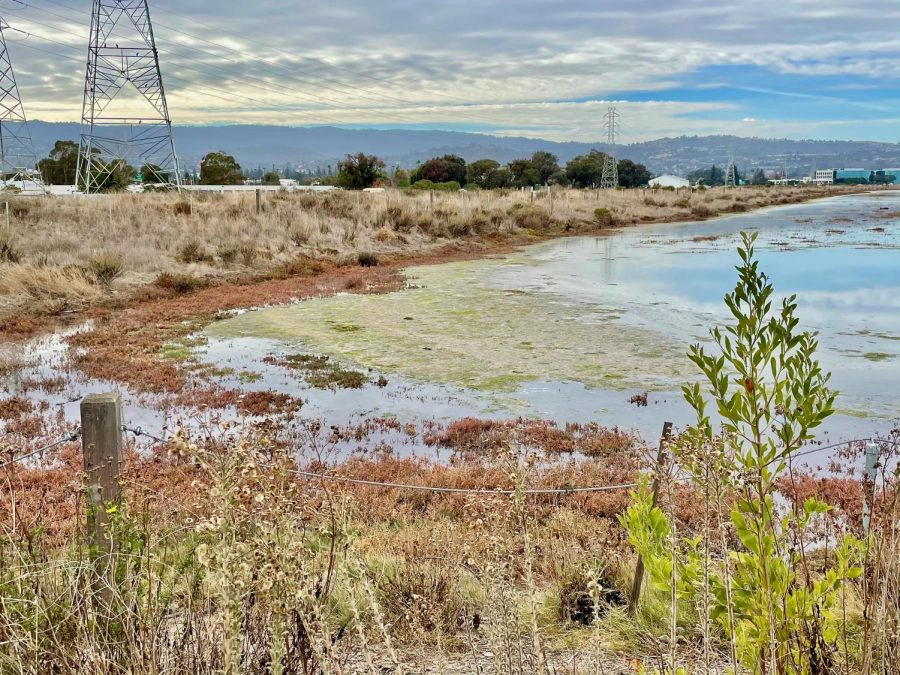 Bair Island Wetlands in Redwood city is one of the largest and most important wetland restoration projects in California.

Many are now aware of the climate crisis grasping our world; however, many don’t realize the impact that it is having on our own Bay Area.

Much of the standard information about climate change is on a global scale, and it can sometimes feel as though it either doesn’t directly affect us or there is little that individuals can do to stop it, which could not be further from the truth.

Climate change is directly affecting the Bay Area, and there are actions that people can take to protect this beautiful area.

“The impacts of climate change will be extensive, various, and potentially harmful for many residents around the Bay Area,” said Rachelle Cordona, the restoration program manager at Save the Bay. “We are currently witnessing severe droughts, storms, fires, and flooding more than ever before.”

Over the last few years, California has lived through smoky skies and the threat of fire danger. Fire is not the only impact of global warming that is affecting our local communities. Due to the Earth’s heating, the glaciers are melting, raising the sea level. Since there is water surrounding the Bay Area, we could be in grave danger of flooding.

According to Kenneth Rangel, the restoration operations director at Save the Bay, in 50 to 100 years, if nothing is done, all the buildings on the shoreline could be completely underwater.

Fortunately, the Bay Area has a defense against the climate crisis and rising sea levels: the wetlands.

“Tidal wetlands act as carbon sinks,” Rangel said. “The vegetation in the plant material that grows in wetlands traps carbon dioxide, which is a greenhouse gas, and they keep it in their root material.”

Wetlands can protect against flooding directly by stopping water from reaching our communities.

“It acts like a sponge; the native plants can help absorb the water as it rises,” said Amy Stoddart, the associate director of institutional philanthropy at Save the Bay.

These plants can act as a filter to prevent pollution and trash from entering the ocean and endangering sea life, and the microorganisms in the soil can help break down toxic chemicals. The Bay Area relies on this to protect our Bay, the ocean, and the many animals that live there.

Rangel said, “The hybrid invasive cordgrass displaces native cordgrass and pickleweed in our wetlands. It actually will grow down into mudflats, which are an important habitat for shorebirds. So this grass will choke off marshes, allow too many sediments like mud, and destroy the native vegetation.”

The wetlands are struggling because developers fill in shallow parts of the Bay with trash and debris to build. We have lost a lot of wetlands due to agriculture and salt production.

Rangel said, “We’ve lost about 90% of the tidal wetlands that historically would have existed on the margins of the Bay.”

Save the Bay is a way to get involved and make a difference locally. Since 1961, the organization has worked to protect our Bay and wetlands. Save the Bay has restored three wetlands and is currently working to restore five more. They weed invasive plants, restore wetlands, prevent pollution, fight politically to protect our environment, and educate grades K-12 on the local environment.

“Save The Bay is doing critical work to ensure the Bay Area is a healthy and resilient place for future generations,” Cordona said. “Our population is also going to grow tremendously, and our housing and transportation infrastructure needs to be ready for the additional stresses. Save the Bay is addressing issues such as these and more, and this, in turn, affects the world that high school students will graduate into.”

Another meaningful thing that is easy to do from home is to get involved politically. Our local representatives play a huge role in selling public land, such as the marshes, to developers. They also decide about accessibility for the public to visit the wetlands and funding to restore wetlands. Sometimes there are petitions found on Save the Bay’s website. Petitions can help to show the local government that the community cares about our environment.

Although climate change is a global problem, everyone can still do their part. Together it is possible to protect our local environment, restore our wetlands, and preserve the Bay Area for generations to come.