The bench acts as a catalyst to uplift Carlmont sports games 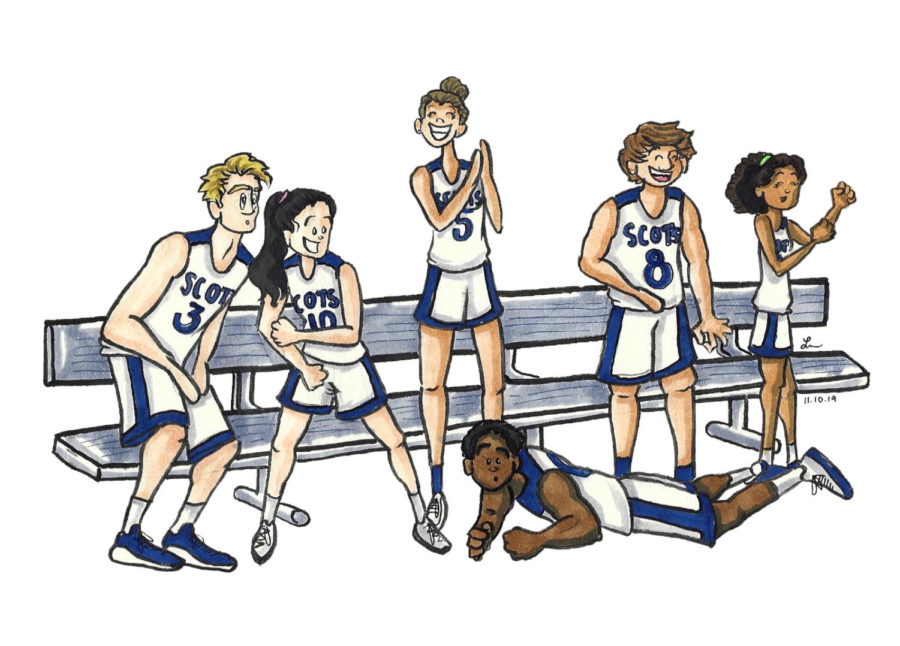 Joe Seaman, a senior and a boys varsity basketball player, finds the bench gives the opportunity to bond with his teammates. "We learned not to be depressed or frustrated, but to support the team and have fun," Seaman said.

Whether it be a benchwarmer, backup, or sub, starting a game sitting on the sideline might be one of the most crucial positions on a Carlmont sports team.

In sports, it is a common misconception that if players are on the bench, they are unskilled and aren’t worth the team’s time or energy. After hearing from both first-year and senior players from the Carlmont varsity volleyball and basketball teams, the conventional wisdom is debunked.

Although being a sub is primarily to physically relieve teammates during games, there are several benefits teams can gain from the bench both on and off the sidelines.

Morgan McClellan, a senior and the girls varsity volleyball team captain, said, “By cheering us on, they really are our lifeline. We live and die by our bench … It gives us energy, it gives us life.”

One of the most crucial elements of the bench is positive energy, and it reveals itself from teammate support. Not only does it help to create momentum so the players can keep their “fire” in each possession, but the positive encouragement can build personal and team confidence.

A first-year on the Carlmont boys basketball varsity team, junior Kyler DeBorde, said, “The bench and the crowd can give energy that gives the team a momentum that is hard to stop.”

It’s not only the bench that contributes to the success of a team’s game. The stands filled with families, students, and friends are a contributor to the energy of a team. At Carlmont, the Screamin’ Scots section provides “hype” and plays a “fundamental role” in their sports games.

According to McClellan, although volleyball is a mental sport, it also has a lot to do with momentum.

“If you have momentum and the other team’s energy is just doubt, I would say the team with more energy and momentum has a better chance of winning,” McClellan said.

Natache Adan, a sophomore and first-year girls varsity volleyball player, spends the start of the game on the bench.

“I’ve learned that a simple cheer that takes about 10 seconds can make someone on the court more confident in their performance on the court, therefore helping the rest of the team do better,” Adan said.

Even though she isn’t a starter, Adan sees the importance of her position while on the bench.

According to CAL Sports Academy, a Pennsylvania provider for high-level youth sports training, the bench is a “very important part of being an athlete mentally.” Senior Joe Seaman and a second-year boys varsity basketball player can attest to this idea.

“Personally, being on the bench helps. At least for me, it was a learning experience,” Seaman said when reflecting on his experience as a first-year varsity player.

At first, it can be frustrating to be benched. It might create issues between players and could interfere with team chemistry.

“You can end up viewing your teammates as your competition for playing time, which hurts the team dynamic,” Seaman said.

As the season continues, players can realize that not being a starter is okay.

“I don’t feel left out at all because my team makes me feel included,” Adan said.

Speaking on behalf of the fourth-place CCS varsity girls volleyball team, McClellan said, “I think that our season has been a testament to how important the bench is. They are the reason we win.”