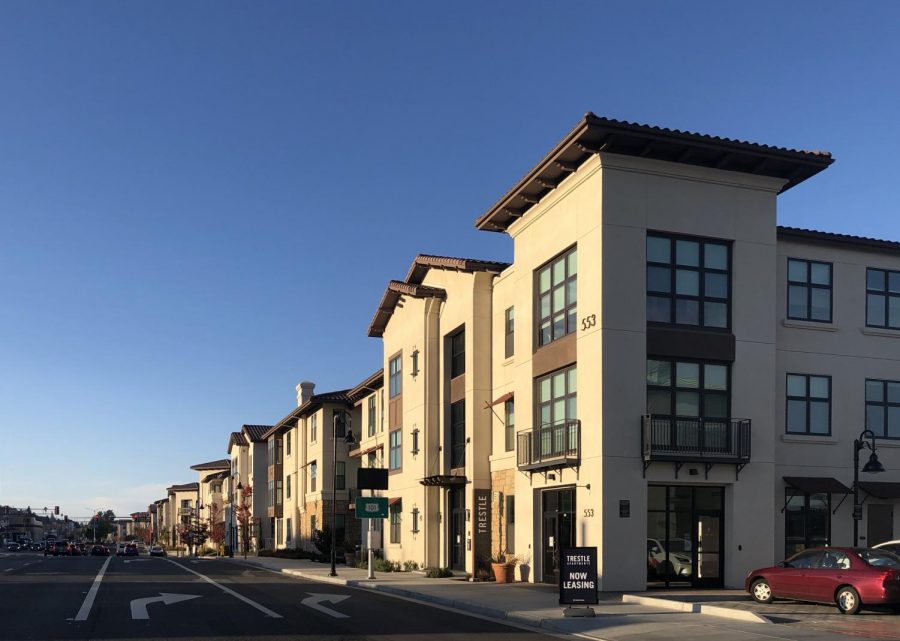 San Carlos has recently embarked on an ambitious initiative, known as San Carlos Housing 2040, to address one of the most pressing needs in the community — affordable housing.

In response to stricter state oversight and recent development in the eastern region of the city, San Carlos has begun the process of introducing a set of changes to the Housing Element of the city’s General Plan. To be completed by 2022, the planned update focuses on the provision of adequate housing for all current and future San Carlos residents.

A recent recommendation by the Housing Methodology Committee, a subset of the Association of Bay Area Governments (ABAG), stated that San Mateo County should plan for 48,400 new units between 2023 and 2031. San Carlos has taken this as an opportunity to respond and address long-standing concerns about housing availability and affordability in the community.

Specifically, the city has committed to changing its development regulations to ensure that an excess of 2,000 new homes will be built by 2031, a majority of which will be designated as below-market-rate (BMR) units.

“[The commercial region in east San Carlos] is undergoing very significant change, and that sets the stage for the community to do a general [update],” said San Carlos City Councilmember Mark Olbert.

In the midst of economic uncertainty brought about by the ongoing pandemic, an influx of jobs and economic activity will bolster the local economy and workforce. San Carlos hopes to attract potential workers to the city, creating even more need for affordable housing.

Olbert said, “Estimates say that [the planned east side development] will probably bring in around 10,000 new jobs; both people directly working in all those office complexes that are going to get built and the services that accompany that growth. When you bring in 6,000 or 7,000 employees, they have to eat someplace.”

Olbert stressed the necessity of dealing with the potential effects of new development before the projects came to fruition.

“All sorts of things happen [as a result of new development], and that has follow-on effects. That’s part of what the process will be addressing,” Olbert said.

As a center of innovation and economic development, Silicon Valley and the surrounding regions, including San Mateo County, have been plunged into an affordable housing crisis that has most profoundly impacted the less wealthy. Olbert, a proponent of affordable housing, advocates for providing equitable housing opportunities for the residents of San Carlos.

“Housing is definitely a significant topic. It’s one that I’ve been pounding on really hard for the last few years, trying to get the council to engage on the issue,” Olbert said.

San Carlos held community gatherings aimed at discussing this topic in late 2019 and early 2020, but resistance from some community members has inhibited any major progress.

“Not every member of the community, not every resident of San Carlos actually wants to see more housing. They don’t want to see a lot more housing development built anywhere in the town because they fear it is going to impact the town’s character negatively,” Olbert said.

With pushback from participants in the community, Olbert noted that many are fearful of the potential development that will accompany a revision of the Housing Element.

“One of the biggest challenges for making any kind of change is simply change itself,” Olbert said.

Through San Carlos’ multi-year Housing 2040 initiative, the City Council continues to gain new insights and feedback on this topic from the community, mainly via online surveys and feedback, meetings with focus groups, and community participation, including an upcoming virtual workshop on Nov. 30.

Lisa Porras, the planning manager for the City of San Carlos, is actively collaborating with fellow city officials to hold an affordable housing discussion during this workshop.

With such consequential decisions in the near future, city officials thought it imperative to share their plans with the city residents. Porras also emphasized the importance of the public’s participation in the workshop, which will be the city’s first virtual meeting on this topic.

“[The City of San Carlos] is hoping for a lot of the community to participate. We’d rather they learn about this early on in the process, rather than later,” Porras said.

For those not able to attend the event, San Carlos city officials wanted to ensure that residents could contribute to the conversation.

Porras said, “If people can’t attend, we want them to email, complete the survey, or participate in other ways that we’re making available so that we can hear all voices.”

While Porras stressed the level of involvement that city officials hoped for, her broader message was one of cooperation, coordination, and understanding between the city government and San Carlos residents.

“We want people to be aware, learn about [the process], understand it, and then start sharing whatever comes to mind. We’re here for the community, and we want to have that conversation [with the community],” Porras said.

With the housing market prices in San Carlos reaching an all-time high in the past few years, prospective renters and buyers alike have been discouraged. This holds true across different economic levels but disproportionately impacts younger people attempting to rent, utilizing their entry-level job paycheck to fund a housing arrangement in San Carlos.

Shawn Vinogradsky, a former Carlmont student and current college freshman who plans on returning to San Carlos after completing his education, expressed his views on his housing options once he returns to the region.

Vinogradsky said, “You need multiple sources of income to rent here, so with one person, you are going to need to be very creative to make it work.”

With job opportunities for the younger and less-experienced population thinning as a result of the ongoing pandemic, the need for affordable housing has heightened. Porras echoed the sentiment expressed by Vinogradsky.

“We need affordable places to live. You don’t want to be priced out of the community you grew up in,” Porras said.

With the beginning of a lengthy process that will update several chapters of the General Plan, the City of San Carlos is taking measurable steps towards acknowledging and dealing with the current housing crisis. Vinogradsky highlighted the need for the city government to address the issue of affordable housing.

“I think it’s something that [the City Council] should think about because it’s definitely an issue,” Vinogradsky said.

In terms of diversity, an issue that has pervaded community discussions, San Carlos seeks to expand affordable housing opportunities to accommodate people of varied socioeconomic standings, ages, and ethnicities.

Vinogradsky said, “[The lack of affordable housing] plays a role in the makeup of San Carlos, and if they want to change that, then they’re going to have to figure something out with the prices to make it affordable for people to live here.”

“We need young people to be part of the conversation. It’s something that each of us gets impacted by,” Porras said.

Despite the sense of community involvement and change, there will be opponents to the development of affordable housing. City officials acknowledged those challenges but were optimistic that San Carlos’ Housing 2040 virtual workshop and initiative will engage the community and produce feedback that will guide a long-term solution to the affordable housing crisis.

Olbert said, “Community input doesn’t dictate what the City Council does, but rather, general community consensus informs our decisions in a way that’s beneficial to the entire community. In general, without community involvement and pressure, [change] doesn’t happen.”