The Democratic party may be our last hope 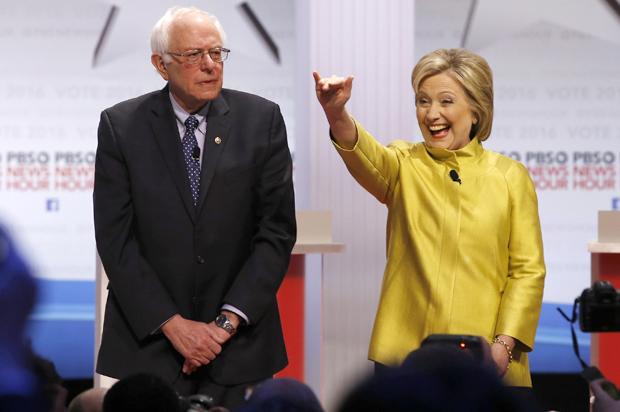 Hillary Clinton has the most votes out of both Democratic and Republican candidates running for president.

With GOP supporters ominously spelling out the name of their chosen candidate via the Republican primaries, voters may move to the side of the Democrats for the final election.

The year has just begun, but it has already proven to be an eventful one for politics.

The untimely death of Supreme Court Justice Scalia, numerous civil shootings, email scandals, and wildly off-topic GOP debates ranging from the extreme to the inappropriate have characterized this year as one of excitement and fearfulness. And this fearfulness is driven by a lack of faith in the nation’s direction without strong leaders like Justice Scalia.

A candidate like Marco Rubio may temporarily appease the masses with his proposed “abolition of the IRS,” but overall these policies are illogical and are infallible solutions at best. These plans are solely contrived to gain votes, and pay little, if any, attention to the actual execution of methods.

In addition, the Republican Party is argued to be at its seams.

Having been displaced from the White House for eight years due to Obama’s two terms of presidency, GOP members are desperate to get back into power.

In relentless bids for the White House,  Republican candidates have all but tripped over each other. Pointing out lies, mentioning the size of one’s “manhood,” and even breaking the rules of the hosting debate network by talking to campaign managers during commercial breaks, have all resulted in a fear of how low the U.S. would sink if one of them was elected.

It is for this reason that voters will set their eyes on Hillary Clinton and Bernie Sanders as the solution to those woes.

Clinton has the highest amount of voters in the entire presidential campaign, and they continue to rise.

The only thing that can stop her polls from growing is another email scandal. But, even that possibility is unlikely, making her an unstoppable political force.

Clinton will be a refuge for GOP voters who are unsure of where their party is going, which is strictly downhill.

“The sooner I can become your nominee, the more I can begin to turn my attention to the Republicans,” said Clinton according to the Washington Post.

Until final elections come, voters will merely have to wait and see who is left. With GOP candidates dropping out every primary, it will be clearly evident which ones will stay; and at that point, Republican voters must choose to hold or leave.