The desire to fit in causes the loss of individuality 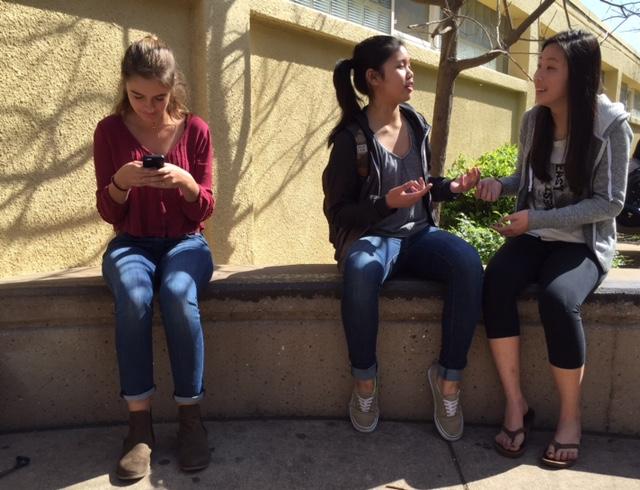 One friend excludes herself from the group, not interested in what her other friends are talking about.

If your friends jump off a cliff, would you jump off the cliff too?

The social desire to fit in is insatiable, especially among teens.

In addition to the always lingering shadow of peer pressure and the fear of being judged for being different, the desire to fit in is also self induced because we believe that fitting in will make us happier.

According to Novel Guide, people have a natural desire to belong, and fit in with a certain group.

If one takes a certain liking to a different interest, such as reading instead of going to the mall, it doesn’t follow the usual norm of a high school life and would be seen as not following the propriety of our society.

Conformity in society is a characteristic of the fictitious dystopian society genre that many of us have read about or watched. These dystopian societies enforce conformity by making everybody wear similar clothing and have the same hobbies.

Our society is supposed to differ by encouraging self expression and diversity.

If there’s always that underlying pressure to be up to date on the newest trends in something as simple as shoes in order to fit in, then people will change until they’re seen acceptable enough to be considered “in.”

Nobody wants to have that empty feeling of not fitting in, so that motivation is just enough to make one change their interests and alter their personality, until they’re someone unrecognizable, but at least they fit in with the rest of society.

According to Science 2.0, nobody wants to feel like the odd one out, so people agree with group opinion rather being the one to stand out.

The need to fit in has be come so great that people feel inclined to suppress their own opinions, even when it comes to a group of friends.

If one friend has different interests and a different personality, they will feel left out because they don’t understand why their friends are so obsessed with something they couldn’t care less about.

Just because you’re friends with someone doesn’t mean you have to have the same mind.

Fitting in is a part of human nature, but people tend to forget that fitting in is not conforming to the majority, but accepting people and all of their characteristics.