The effects of turning problems into memes

Online jokes have the potential to desensitize real-world problems 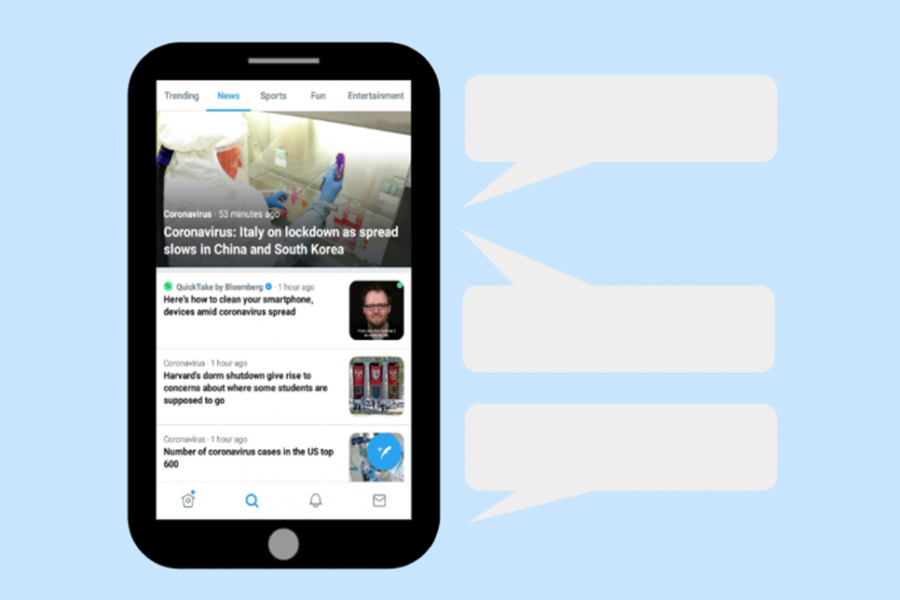 As tensions rise, some have taken to social media to voice their opinions in the form of memes. "I think that any way youth can engage in national discussions is extremely valuable. Right now, humor is the way it is happening," Mira Wakefield said.

Your timeline blows up with breaking news. A few hours later, you’re still struggling to keep up with new posts. But this time, they are memes. Already trending, they have taken the internet by storm, and their popularity grows by the minute.

Whether you find the memes funny or insensitive, one thing remains the same: the internet loves to turn a time of crisis into a joke.

“Given the right set of circumstances, humor can be an acceptable coping mechanism. But like anything else, you can go over the top,” said history teacher Jake Messina.

Though the jokes may target a serious situation, Messina believes they can be both a form of entertainment and serve as an alternative medium for discussions. However, he acknowledges that the jokes are not always accurate.

“While it exposes people to important topics in a way that a full print article might not be able to, the internet often oversimplifies complex situations,” Messina said.

Christina Shih, a psychology professor at Cañada and West Valley College, agrees that humor can be a useful tool to relieve stress.

According to the Mayo Clinic, laughter can promote better mental and physical health.

“When you joke, your chemicals change. It takes a person out of distress, and it disrupts anxiety,” Shih said.

Despite the mass circulation of memes, Shih has seen a rise in depression and anxiety in the younger generations. She believes that the current political climate and other pressing issues can be overwhelming.

Shih has seen the effects of humor on the youth firsthand. A few years ago, in light of the spike of school shootings, Shih said her daughter’s classmates made jokes about it. While she was concerned, she understood that the jokes were meant to defuse the tension.

“In terms of helping someone reduce their anxiety or staying connected with others, humor can be a coping mechanism. I do not necessarily think it is bad because people respond to stress differently,” Shih said.

Similar to Messina and Shih, sophomore Mira Wakefield believes humor has its benefits during a stressful situation. She believes that for some, especially those unable to vote, online humor can be a way for them to stay engaged with the world and current events.

However, Wakefield said that when it comes to online jokes, it can be hard at times to determine whether the person behind it is using humor to express themselves or demean others.

At other times, whether a joke is told online or in person, humor may not be an appropriate response at all.

“In my opinion, there are times in both our democracy and culture in America where we need to wisen up, set aside the jokes, and focus on the issues at hand,” Wakefield said.

Online jokes about real-world problems are not new. Before the internet, political cartoons were the precursors of political memes.

For example, Wakefield referenced World War I political cartoons, which were popular in the early 1900s. Back then, most people were unaware of the gravity of the situation. Many believed the war would be over quickly, and thus, made jokes about it.

Now, Wakefield is worried about the potential consequences of jokes made about current issues.

“The over-satirization of situations can be extremely detrimental. I think it will take time to see whether these insanely-satirized situations are getting people engaged or are keeping us from taking things seriously, which is going to hurt us in the future,” Wakefield said.

Although Wakefield is glad that memes can promote civic engagement, she remains wary of how humor is used on the internet.

“When you get to things like jokes about the rapid spread of the coronavirus, or jokes about the marginalization of certain genders or races, the line becomes a little fainter. It is harder to tell when something is appropriate and when it could potentially cause harm on a larger scale,” Wakefield said.