The end of another senior era 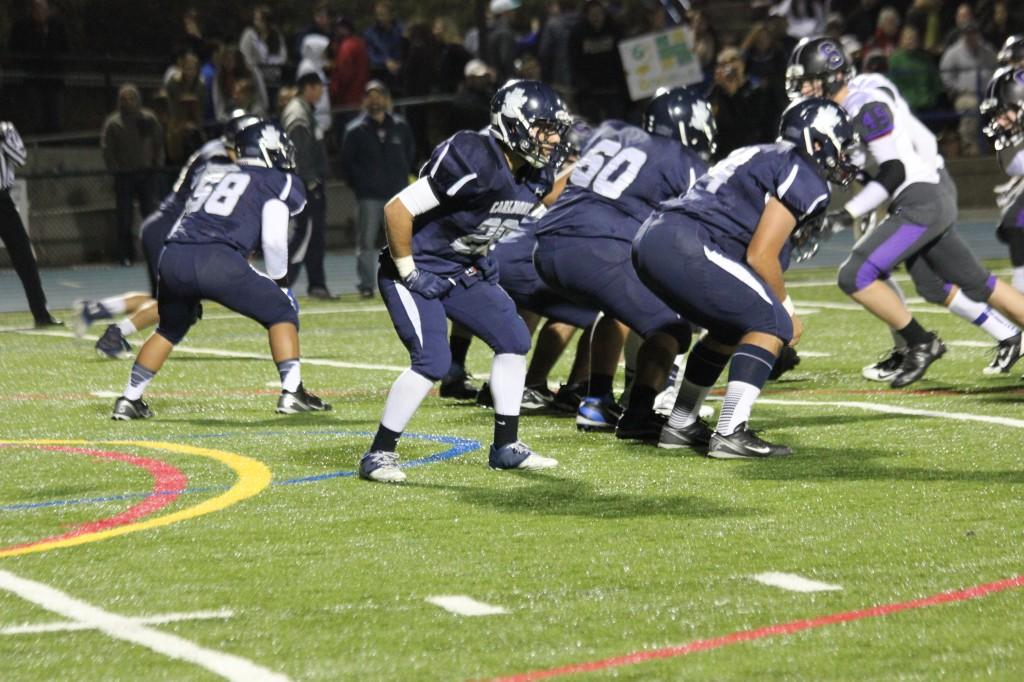 The final game on Nov. 15 was a disappointing loss but the team stayed positive.

After the Scots lost to Sequoia with a score of 51-7, the end of the game became more about the senior players, and the supportive Screaming Scots.

Carlmont has many influential seniors leaving at the end of this year, which means that the current juniors will have to step up and fill big shoes next season.

The seniors are sad to be finished with Carlmont football. Senior Tristan Gasperian said, “It was a very emotional game from the start. And stayed that way until the end. It’s bittersweet in that this family won’t be playing together anymore. We always have each other’s backs and that’s probably the most important thing we learned from this season.”

The players have a certain sense of family and community that can be difficult to find outside a sports team. Senior Joseph Hamdun said, “It’s really sad the season went by really fast,” when asked how he felt about the end of the his last football season.

The seniors are not the only ones sad about their departure. Junior Sam Boyle said, “We all bonded together over the season and its going to feel weird next year not having their presence and leadership in the locker room.”

Even though this year didn’t go as well as it was expected to, the Screaming Scots and the players had a positive experience.

Screaming Scots member  junior Gigi Vlahos said, “Screaming Scots is always a really energetic and fun filled area so I really loved it. Even though our team wasn’t very good the atmosphere in that section makes football games super entertaining.”

The Screaming Scots section added a lot to the games and helped the football players stay motivated. This was especially demonstrated on Nov. 15.  The score of the game didn’t affect the enthusiasm of the Scots who continued to cheer to the very end.

Friday’s rivalry game wasn’t just the last game for the players. It was the last game for the rest of the seniors at Carlmont, and signifies an ending to an important era.  For many students being part of  the Screaming Scots adds a lot to the football game experience, especially when it is a big game of the season.

Senior Evan McClain said, “I had mixed emotions. On one hand I know we still have the basketball games, but you can’t get the same atmosphere as a football game. I’m very sad knowing that I won’t be out on the football field leading and pumping up my classmates anymore.”

It is true that during basketball season the Screaming Scots will be there, but to many it is not the same experience as a football game.

The game on Friday may have not gone the way that it was wanted, but the experience will give players and leaving seniors lots of memories. Next season will be a transition into a new group of people who have a tall order in the sense of enthusiasm and leadership.